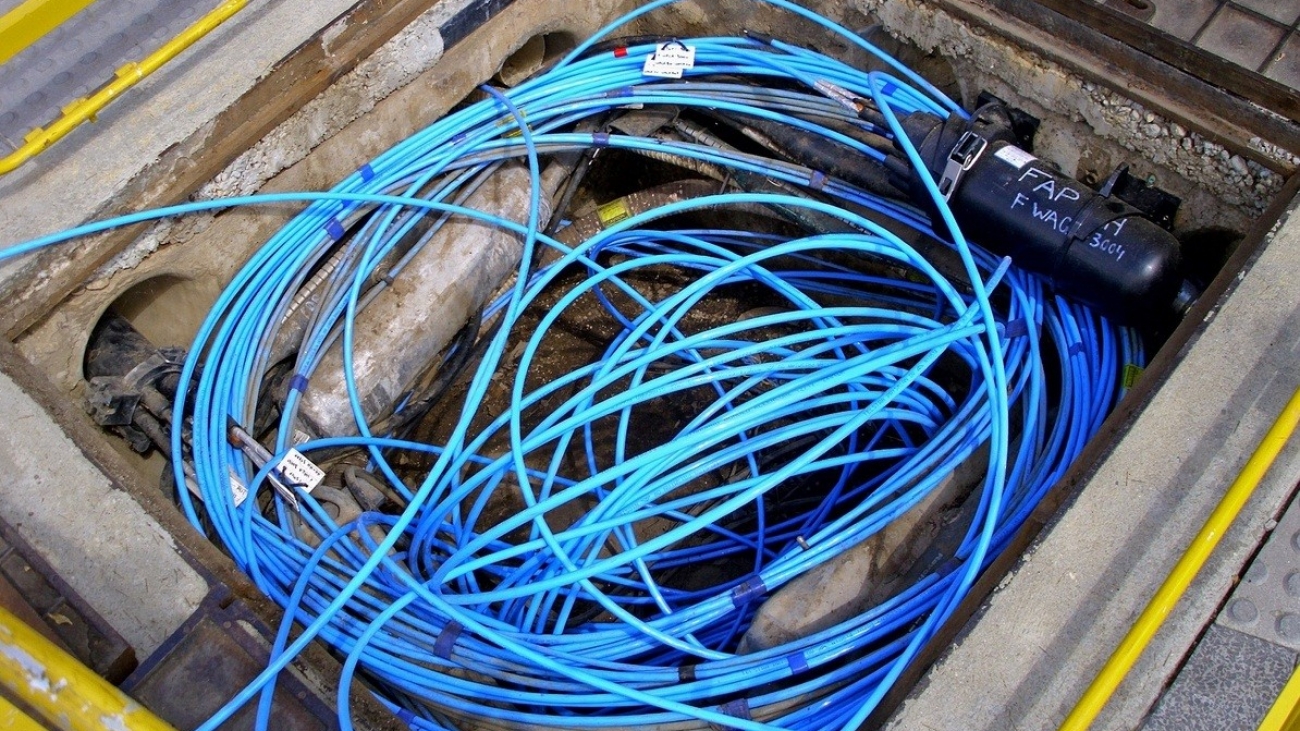 Network technologies that bring connectivity to our homes have evolved rapidly in recent years. In just over a decade we have gone from outdated analog modems subsequently different versions of xDSL (ADSL and VDSL) with maximum of several tens of Mbps.

However, rapid deployments in networks of fiber optic and coaxial cable in multiple regions in recent months are making from reaching many of our houses (not all) connections above 100 Mbps widely opening the door to new types of services beyond simple Internet access. What are the differences between these two technologies is better? Fiber or cable? Which offers more possibilities? 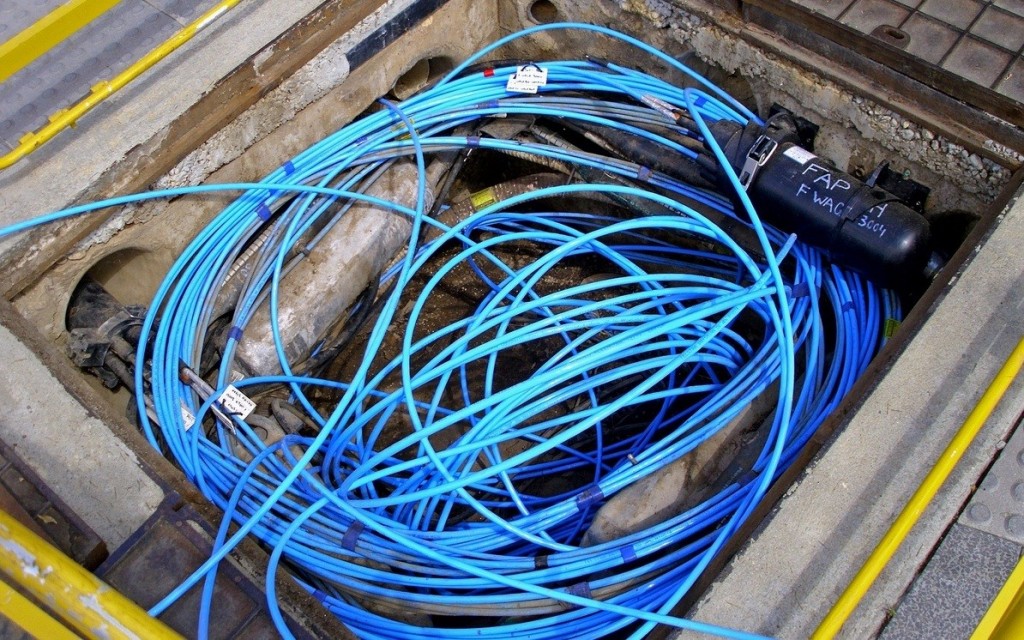 The pure optical fiber networks that reach inside the home are made ​​up entirely of fiber optic cables, which is why they are also known as Fiber To The Home (FTTH). Is a transmission medium with good characteristics for its high capacity for transporting data and its low attenuation, allowing links to many kilometers without problems the signal loses power.

In addition, transporting photons of light and no electrical currents, they are immune to electromagnetic interference that do suffer the rest of copper cables based technologies. Okay, but what exactly is an optical fiber?

It is basically a wire made ​​of a transparent material, usually glass or plastic, which are sent light pulses that represent the binary data to be transmitted. The theoretical principle that light propagating along the fiber is based is known as Snell’s Law next to explain the phenomena of refraction produced by the light passing through different media with different physical properties.

The angle at which light propagates through the medium “2” depends on the angle at which it is propagated by the medium “1” and indices of refraction (density) of each media. However, not always this effect occurs in certain circumstances the light beam does not cross the boundary between two media, but bounces back to the first half. This phenomenon is known as reflection and is responsible for the light remains guided into the optical fiber.

By working order of THz frequencies, the speeds that can be achieved with fiber optic networks are extremely high, far beyond the 100, 200 or 300 Mbps now offered by operators. In fact, still it has not reached a concrete abutment and occasionally surprises us ads with new records such as the DTU 43 Tbps showed with pride last year and half. It’s not obvious that you should want that much bandwidth for recreational use, however, my friend, who works at Fully-Verified, stated hat the company noticed a significantly better pace of work upon switching to this type of fiber optics.

Moreover, given the tremendous bandwidth available, there is no problem to provide channels with symmetrical speeds both upstream and downstream .Another advantage of these networks is the communication security, since in theory no transmissions can be intercepted by an illegitimate user without someone noticing, as in the case of traditional cables where they can make a connection receiver or transmitter without knowing.

However, not all advantages, since the optical fiber itself is a delicate material that can be broken easily, hence need to go plastic-coated. The simple act of stepping on a fiber optic cable can cause the refractive indices vary, so the light could get lost in that area, or an imperfect union of the core and cladding would make everything light beam incident on the area is refracted, rather than reflected.

Coaxial cable: still much to say

We have not had a great tradition in coaxial cable networks to carry pay TV services to homes during the twentieth century as happened for example in the United States. Hence the beginning of the Internet age this type of connectivity was not deployed in the vast majority of homes.

However, both local and national cable companies struggled in recent years to bring the coaxial cable to many towns and cities of our country by offering speeds that paled to ADSL networks of classical telephone operators.

Unlike the optical fiber in coaxial cables data are conveyed by electrical signals, thereby at all are immune to electromagnetic interference and are much more susceptible to attenuation of the signal produced by cable loss due to length. Hence the need to go placing re-generators or amplifiers in each sections a few tens or hundreds of meters.

In most cases, the coaxial cable is just the tip of the iceberg of total network installation. That is, it is the medium used in the last section that the customer comes home in the last hundred meters, and plugged a cable modem that usually act as a router. It is what is known as HFC networks (Hybrid Fiber Coaxial), some carriers tout as pure fiber although clearly they are not.

Is there differences? You are right. In a FTTH network as the previous section, the fiber reaches indoors. We have a fiber to ourselves that connects to an ONT (Optical Network Terminal) responsible for transforming photons into electricity and then goes to the router via an Ethernet cable (if the router is not integrated with the ONT).

By contrast, in a typical scheme HFC fiber it comes only to the neighborhood or urbanization then coaxial cable extends up within each housing. In these cases, the overall speed of the network is shared between all the neighbors, so it can never be obtained at rates as high as the actual fiber optic networks.

The standard most used with coaxial cable is known as DOCSIS, which is now in its version 3.1. What speeds are supported? For the theoretical maximum of the specification they are on channel 10 Gbps downstream and 1 Gbps upstream in4096 using QAM modulation, which in practice is very difficult to achieve due to attenuation and interference problems. Hence cable operators remain in a “few” hundreds of megabytes, but sometimes surprise us with connections such as 500 Mbps of ONO few years ago.

As we have seen, the differences between the two network technologies are considerable, especially in regard to the medium that carries the data. The theoretical maximum capacities in terms of transmission speed refers also vary widely, with the optical fiber as a clear winner and as a core technology for the future.

But today, taking into account the current real needs of domestic consumers, both technologies are very valid , can provide a good connection with speeds of more than 100, 200 or 300 Mbps without problems. However, the extensive capabilities of the optical fiber achieve in a few years we have at home symmetrical connections of more than 1 Gbps, but another thing is that we can take advantage of them.