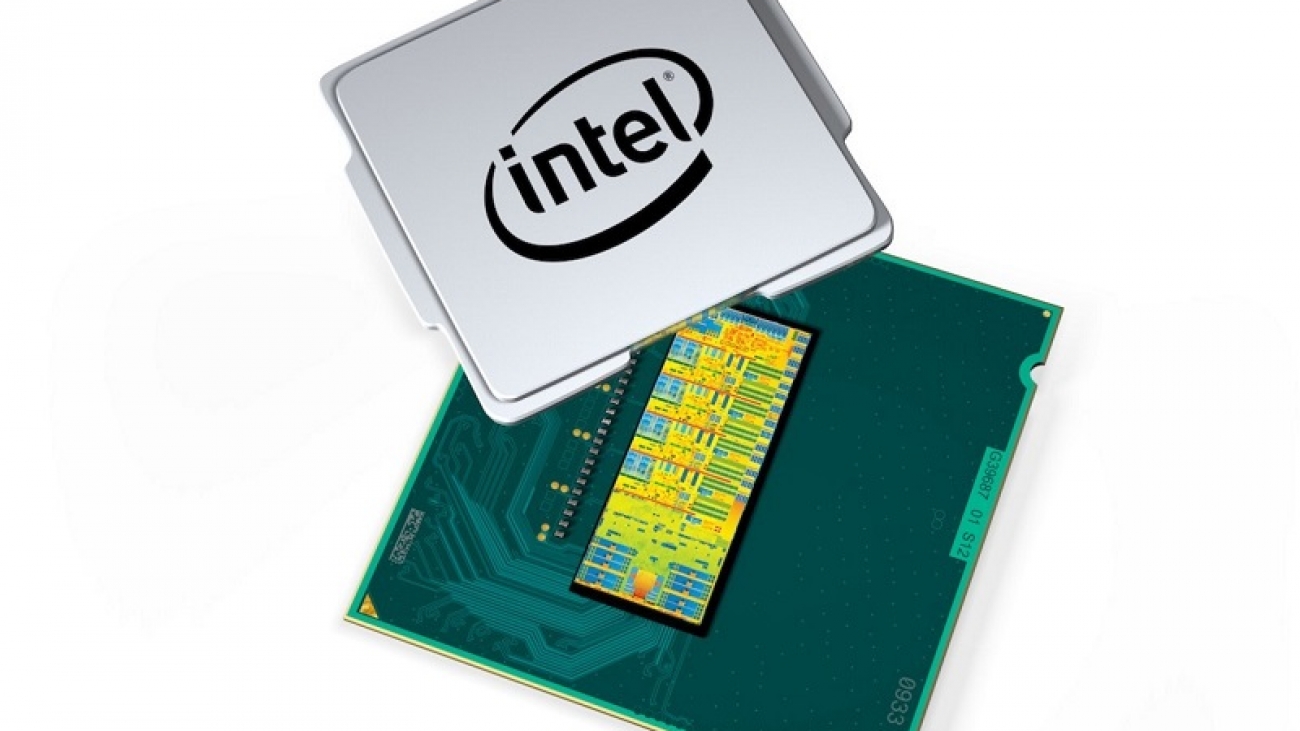 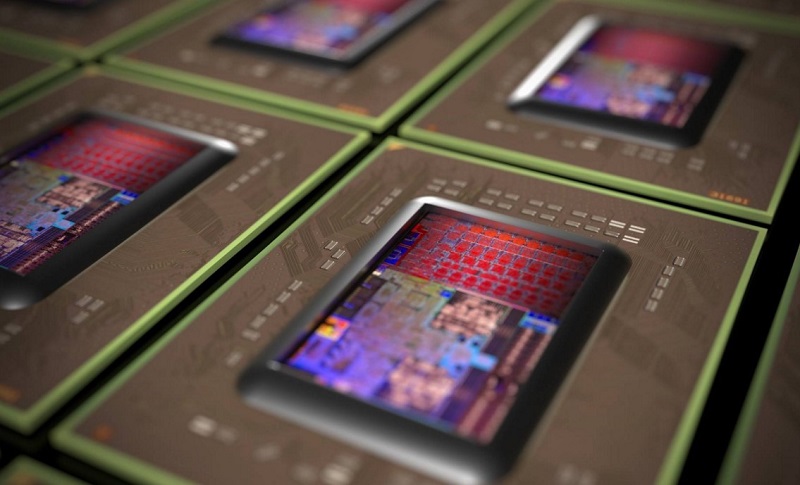 Five years later, I would try to return to the market for the graphics dedicated to Larrabee, but the project was canceled, but not completely: the technology would eventually become part of the Xeon Phi. Intel preferred to bet for integrated graphics and that’s how the first generation of Intel HD Graphics products came in 2010.

This is the family that has managed to impose its dominance and thanks to the evolution of integration technologies has managed to convince industry and users. The evolution in power has been evident, since the first Clarkdale and Arrandale had 12 units of execution with a yield of 43 GFLOPS. Today, Broadlake’s GT3e graphics cores and Skylake GT4e have 48 and 72 EUs, and gross performance is 883 and 1152 GFLOPS respectively .

In the past CES of Las Vegas Intel wanted to get breast in this section. Gregory Bryant, head of desktop platforms, said at the JP Morgan Tech Forum that he joined the fair that “we have improved the performance of our graphics 30 times compared to where we were five years ago. Integrated Intel today and what we offer in our products is equivalent to the performance of 80% of dedicated graphics cards in the market today.”

The statement was ambitious, but logically included all kinds of PCs and laptops, including those who have already many years behind them and even in the case of dedicated graphics do with models already outdated and comparatively worse in performance.

The evolution is as we saw really remarkable, and the truth is that today the integrated graphics of Intel – especially the most powerful, which there is also everything – can meet the needs of those who play more modestly games computer. That is precisely what the company tries to emphasize, whose family of solutions makes users think twice before investing in a dedicated graphics. That is precisely one of the most frequent questions: do I invest in a more powerful processor, or in a dedicated graphics?

AMD also plays in integrated, and does it with strength

Although we have started talking about Intel there is another great protagonist of this market. The same as we said of Intel could be said of AMD, which besides being the other great referent in the dedicated graphics market – its purchase of ATI was a success – has managed to make good use of all that talent for the integrated graphics that Are part of their APUs.

These processors also support that philosophy that allows users less demanding with their gaming platform can also access a good performance even without dedicated graphics. We have moved from Llano in 2011 to the modern Godavari, which is an update of the much better-known Kaveri, and which will give rise this year to Bristol Ridge, the version for desserts of Carrizo.

The performance of these solutions is noteworthy precisely in games, a goal that AMD clearly had with this new series of APUs. As pointed out in AnandTech analyzing the AMD A10-7870K, the focus here was precisely on the mass market of gamers using graphically undemanding games such as Counter Strike, League of Legends or DOTA2.

With these GPUs the performance in these games is really remarkable and here AMD wanted to bring the Twitch segment and the eSports to all the fans without them having to make a big investment in their equipment. The idea is fantastic, and AnandTech tests prove that this is a good approach to that gamer market that does not need a dedicated Radeon or GTX next generation for this purpose. 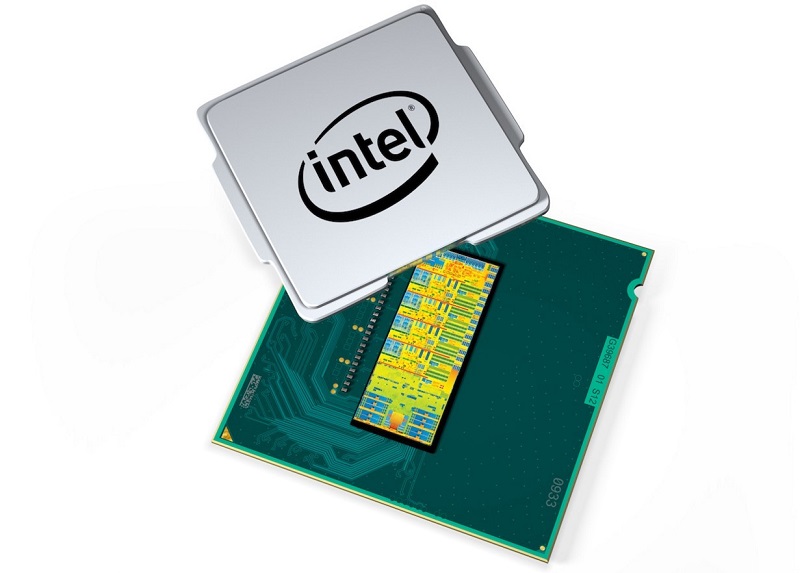 If you want to play for real, there is no discussion

The speech from Intel and AMD is totally reasonable from their perspective. If someone is going to play only occasionally and is able to “settle” with 720p resolutions with a good level of detail or even with 1080p resolutions with somewhat less detail in the image it is likely that the latest processors from the Broadwell and Skylake families Of Intel to fulfill the function.

However, it is also true that comparisons between dedicated and discrete graphs are immensely unfair. NVIDIA and AMD have spent effortless time on the low-end product ranges with which Intel’s integrated GPUs can compete. These companies have for many years invested in talent and improvements in their developments to bring that graphic power to levels far superior to those that can offer an integrated graphic.

The differences between the two proposals are obvious when one checks the complexity of NVIDIA’s or AMD’s dedicated next-generation graphics and compares it to those of Intel’s or AMD’s own solutions, let alone that, share space with the CPU itself. Intel and AMD cannot compete with that, but they do not try: their market is different. Precisely, that of those users who only play occasionally or do it, as we said, with games that are not so demanding at the graphic level.

The comparisons that integrate the results of synthetic benchmarks of dedicated and integrated graphs show the differences. In places like the results, VideoCardBenchmark updated constantly, and there is easy to distinguish between the graphs devoted to art and those in the middle range. In the latter is where the integrated graphs of Intel and AMD appear, and for example we see how the Intel HD 6000 appear with an index of 812 points in PassMark (G3D Mark) while in the GeForce GTX 980 Ti the result is 11,526 points. The difference is overwhelming, and it shows the unfairness of comparison not only in price, but in every way.

With all these data it is clear that each alternative covers different needs, but it is true that the evolution of the dedicated graphics has been really remarkable. Maybe the statement we talked about Intel is a bit exaggerated and you have to take it with tweezers, but it is true that one of the new processors from Intel or AMD can easily meet the needs of many users. And if not, we can always go to the market of dedicated graphics, of course.