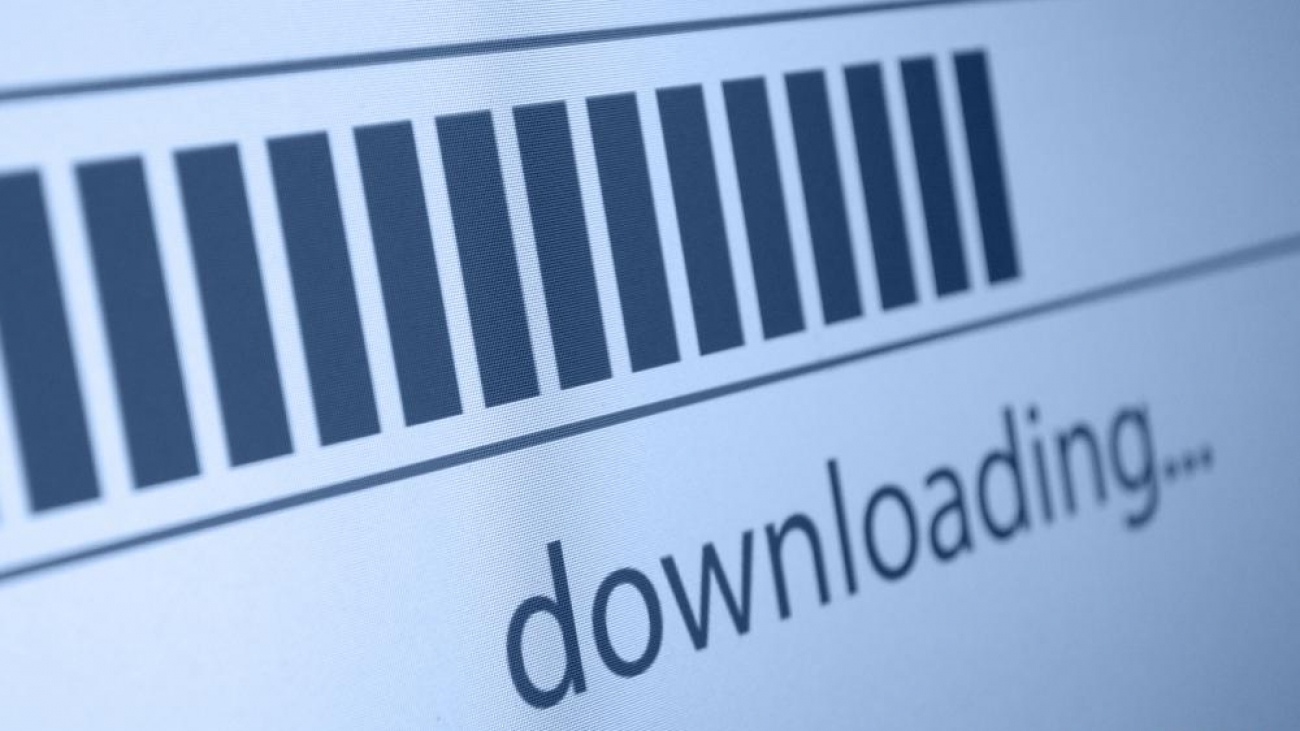 They were an open secret, and today in a way they still are: The portals of unauthorized downloads of content through P2P have been present since the first days of broadband connections. And more than one certainly remember to visit any of these portals daily a decade or more ago, regardless of whether it continues to do so today or has gone to use other services.

Now the question is: Do they still exist? Have these portals survived the international or national legislation of their respective countries and continue to give war or have they changed in any way? Or maybe they died directly? We are going to review which download portals triumphed ten years ago and which of them are still active today. 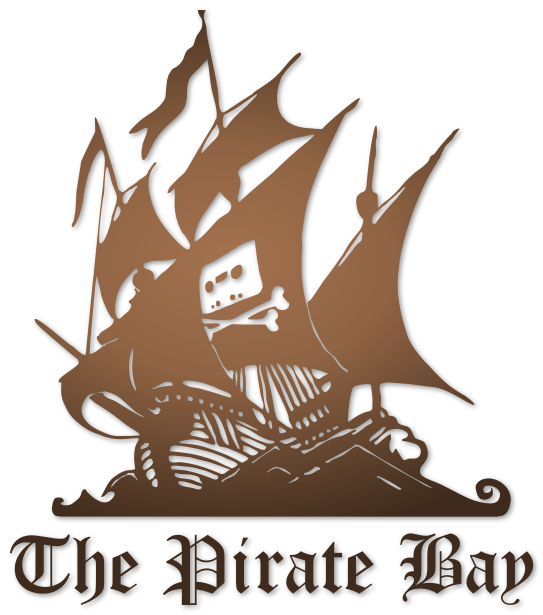 Few doubt it: this is the best known BitTorrent download tracker in the world, even those who do not use it know about it. It is a veteran that has existed since 2003 (in 2004 they had 60,000 torrents) and has survived countless raids on its servers, fights between its administrators and blockades of operators around the world.

Its traffic has been varying depending on whether other trackers have opened or closed, but The Pirate Bay is still open today despite the fact that in many countries has been blocked by operators. Alexa has it at number 118 on the list of the most visited domains in the entire network, with its traffic picking up again since KickassTorrents closed for the first time. 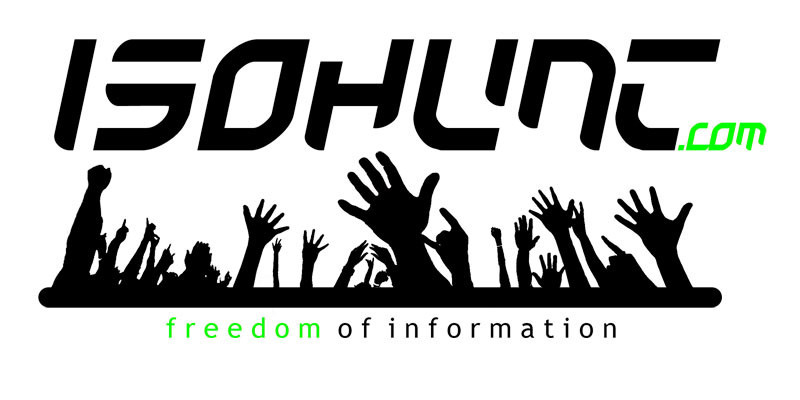 Another tracker that at least in his golden age was well known. It was founded in 2003 as The Pirate Bay and came to have 13.7 million torrent files in its database. The American MPAA fulminated this portal forcing its owner to pay 110 million dollars. The final closure we had last year with another fine for its creator. Right now your URL leads to a list of legal services from where to watch movies and series.

Torrentz was not a tracker in itself, but it got some popularity with a search engine that was in charge of locating the torrents that we wanted in various trackers, whatever they were. A single search tracked several portals at the same time, saving you mechanical work and time. Founded in 2003, it obtained “millions of visits” per day and its administrator closed it in August 2016 by its own decision.

Currently you can access the web, but your search does not work and there is a message in which it says: “Torrentz will always love you.” 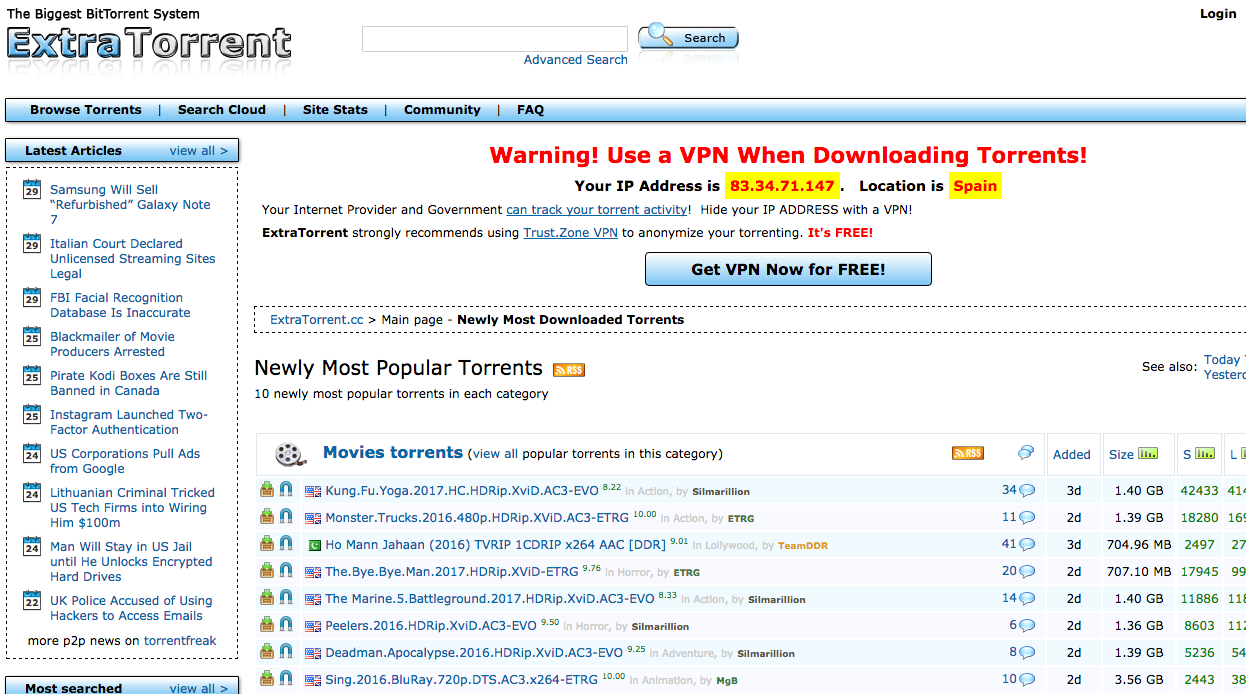 ExtraTorrent is another of the titans of past eras. It is the second tracker in traffic after The Pirate Bay (“millions” of daily visits according to TorrentFreak), and it is still alive since it was founded in 2006. The site has lost some of the domains during the last years, including its main this same March momentarily. They have also suffered some denial of service attacks, but that has not prevented their database from growing to almost 3.9 million torrent files. About a year ago they launched a new domain.

Continue Reading: What programmer tools do you use?

Opened in 2005, was one of the trackers specialized in more complete series of the time. In April 2015 a group of people under the name of EZCLOUD LIMITED managed to gain control of the domain they used, masquerading as the original owners of the portal. Currently in that domain there is a clone with many ads that promote applications full of malware and cheats.

Some trackers like ETTV inherit (not officially) their name and their design to try to catch the attention of the sailors who miss them. 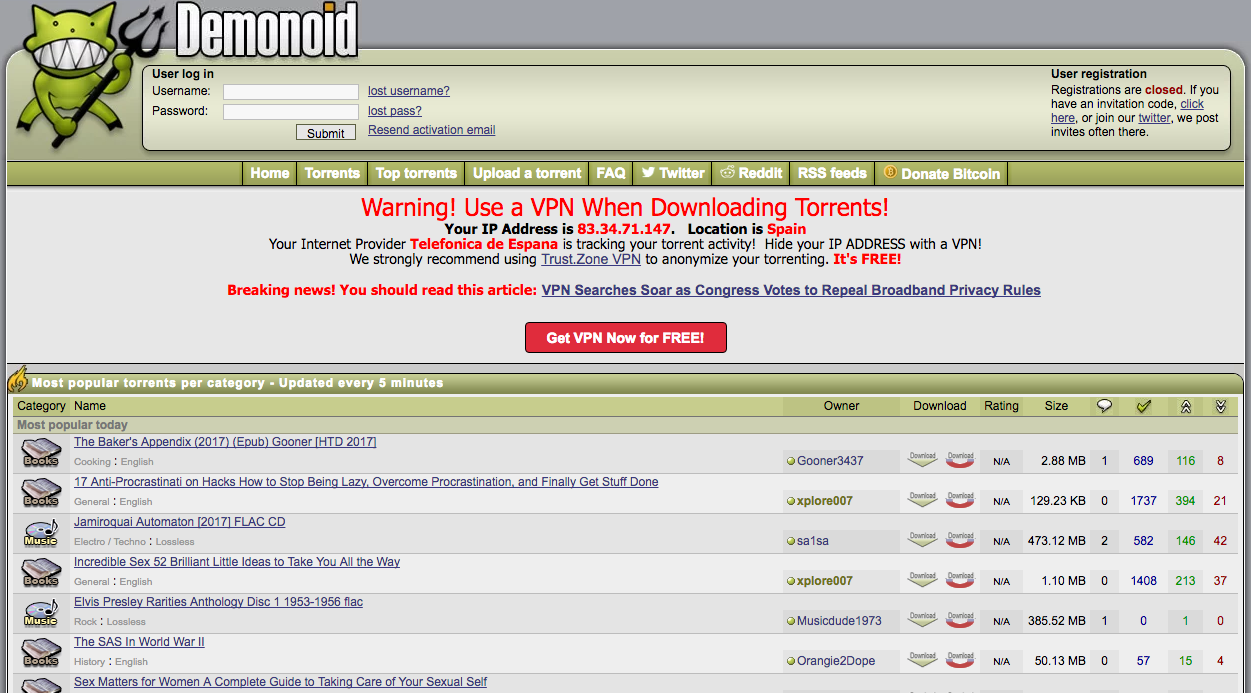 Demonoid is a tracker that in its time was quite used to look for cracked software. It is still active and its appearance has changed almost nothing since it was founded in April 2003. They have had to change ownership several times and the Ukrainian government closed it in 2012, but they came back to life in 2014. Its most recent controversy is also from that year, when it was discovered that malware was circulating among the ads on the web. Today it has more than 718,000 torrent files.

Another portal that was used by less people but that also gave war is Mininova, reaching amass more than 5,000 million downloads back in 2008. He had his legal battle with the Danish copyright organization BREIN, which ended in 2010 with the administrators of the tracker paying a sum of unknown money and proceeding to distribute authorized content to avoid greater evils. On April 4 last year it closed definitively. 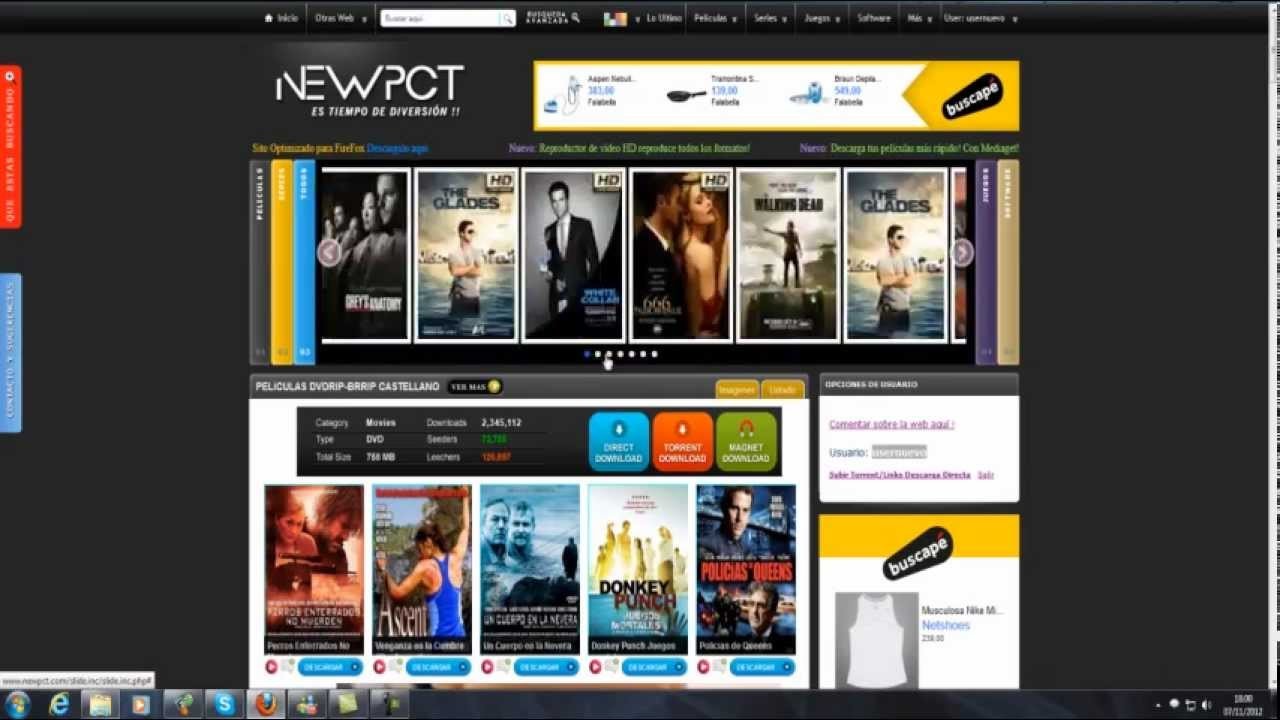 PCtorrent was a torrent file tracker, although its way of attracting Internet users was through a forum with which they announced the news in downloads of series and movies. They were already targeted by the law in 2006, but those responsible were acquitted six years later because the judges did not consider it a crime to share those P2P links.

Thus, PCTorrent was renamed in NewPCT, web practically traced to PCTorrent that again suffered another closure in the hands of the law in 2014. Close, of course, which had to be ordered by the operators themselves. To this day the domain is still active, but it takes you to a web full of ads with spyware that I personally would not recommend much to use. 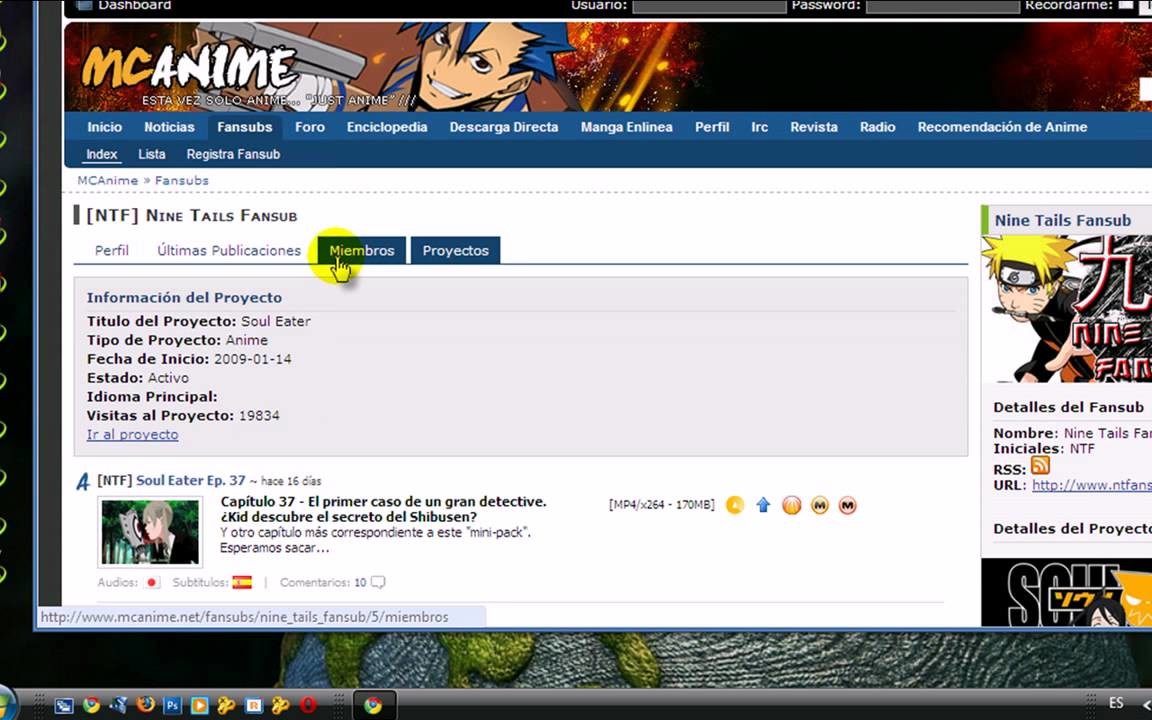 You’ve even told us in the comments: McAnime was probably the best website to download manga and anime from unofficial fansubs. We could do it through eDonkey links or by direct download thanks to portals like MEGA. The arrival of Crunchyroll in several Latin American countries meant that this site withdrew all licensed anime in those territories prioritizing official and paid viewing, finally ending in 2016 and becoming the portal Naruho.do.