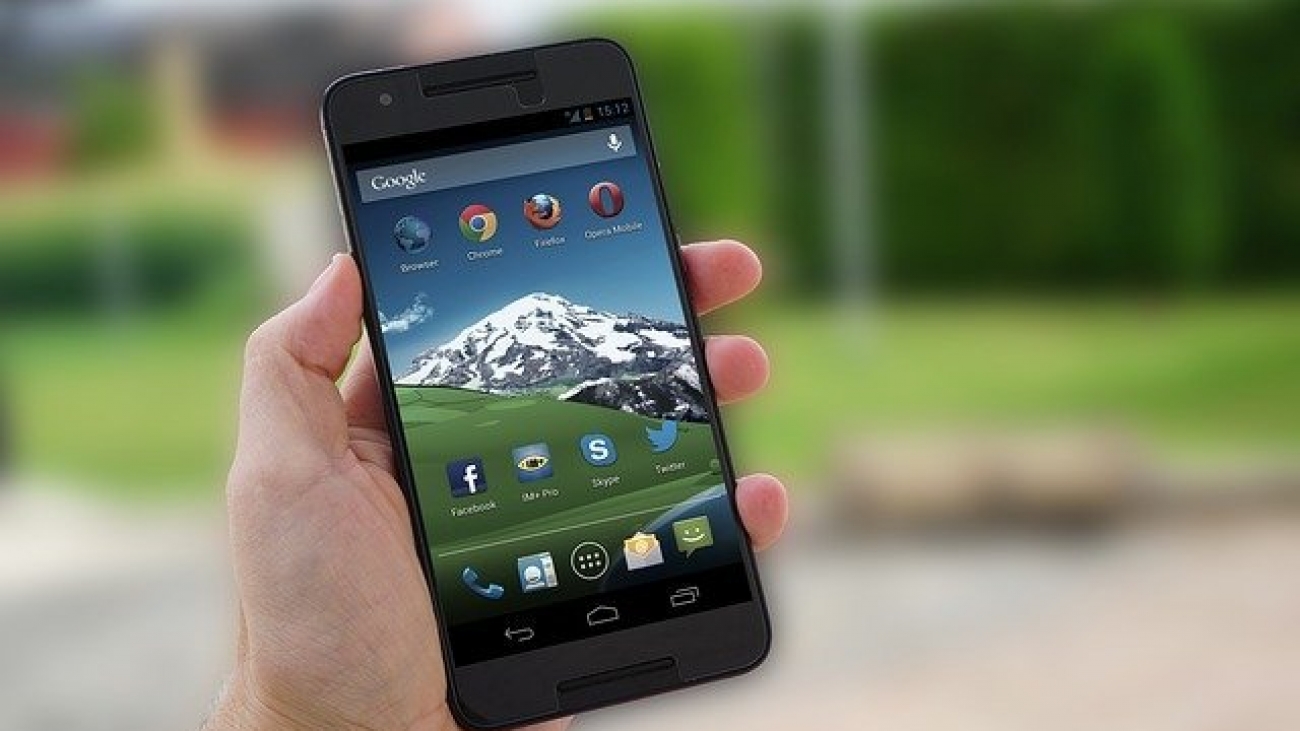 by Roman Cyrus
with no comment
GoogleTips and Ideas

Your favorite social network application has been updated again, introducing a renewal of the user interface. This time, the change is not your taste and you would like to know how to cancel an update of an app to go back to its previous version.

How do you say? Did I read your mind and is it precisely this operation that you have tried to perform independently, but without success? Don’t worry, I’m here now and I can help you. I can explain in detail how to proceed but, before getting to the heart of the topic, I would like to point out that, in general, it would be better to keep the apps always updated. In most cases, the new updates do not contain only new features or cosmetic improvements; they are also used to solve bugs and, above all, to ensure the security of the user data that is stored.

Having said that, if your intent remains unchanged, I suggest you take a few minutes of free time to calmly read the procedures indicated in this tutorial of mine. I will explain how to do this on both Android and iOS devices. Are you ready to get started? Yes, then happy reading and good luck!

How to cancel an app update? 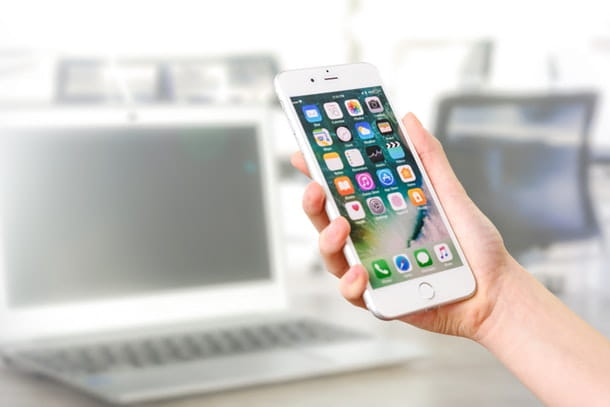 Do you want to cancel the update for an app on Android and then want to go back to the previous version? You can do it simply by first disabling the automatic update of an app and then proceeding with two different methods: restore the backup of the app you want or install a different version via the APK package. In the following lines, I will explain how to do it in all the cases mentioned to identify the solution that best suits your needs.

Disable an update on the Play Store

If you intend to cancel the update of an Android application, you can first proceed from the Play Store, stopping it manually or deactivating the automatic update.

To do this, then start the Play Store via its icon on your device’s home screen (the symbol ▶ ︎ colored), then tap the ( ☰ ) button, located at the top left, reach the My apps and games section, and presses the Updates tab.

If the automatic updating of the apps is active, the ones in this section will be updated automatically; press the Abort button to cancel it.

Now, disable the automatic app update: through the My apps and games section, press the Installed tab, locate and tap the application for which you want to cancel an update, press the icon ( ⋮ ) at the top on the right and, finally, remove the checkmark on the word update automatic.

If, on the other hand, you want to disable (always via the Play Store) the automatic update of all the apps installed on your device, press the symbol ( ☰ ), go to the Settings section and tap on the Automatic app update item, then affix the sign check the item Do not automatically update apps. After this procedure, you can think about returning to the previous version of an app, following the instructions you find in the next paragraphs.

Before performing the steps to go back to the previous version of an app on Android, you need to perform some preliminary operations on your device. If you intend to install a different version of an app via the APK package, you must activate the Unknown sources option, in the Android Settings menu. This procedure is used to install apps from sources other than the Play Store, such as the APK Mirror site, which I will tell you about in the next paragraph.

To proceed, then, open the app settings for Android, which are the home screen of your smartphone or tablet (it’s the icon with the symbol of a gear), identifies and you tap on the item Security, then shifts from OFF to ON the lever that you find in correspondence with the item Unknown sources and, if requested, confirm the operation by pressing OK.

If your device has a recent version of Android, this option must be activated differently. Open the Settings app through its icon with the symbol of gear located on the home screen, press on the items Security and privacy> More> Install unknown apps. Once the list of applications is displayed, tap on the app of the browser you use. Now, move the lever from OFF to ON, corresponding to the item Allow the installation of apps.

Alternatively, always with the same procedure, you can grant permissions for the installation of unknown apps to a previously installed file management app, such as Files Go by Google.

The second method I want to tell you about to go back to the previous version of an app after undoing an update involves installing a backup app. It is a procedure that previously kept a copy of the APK; this allows an app to revert to a previous update.

I chose this app as it does not require root permissions and can therefore be used on any Android device; moreover, it differs from many other similar ones thanks to its simplicity of use. The app in question can be used to manually and automatically backup the apps on the device. It is free and also has a Pro version which removes advertising.

To download the Backup and Restore app, tap on the link provided by your Android device, click on Install, on Accept and, finally, click on Open to start it. When the app starts, presses the Installed tab, put the checkmark on the applications you want to keep the current version, press the Backup button located at the bottom and wait for the automatic operation to finish.

If the operation is successful, start the Play Store by pressing its icon on the home screen of your smartphone or tablet (it is the colored ▶ ︎ symbol ), press the ( ☰ ) button located in the upper left corner and reach section my apps and my games> Updates. Finally, update the applications by pressing the Update item corresponding to an app or press the update all button to update all installed apps.

At this point, through the Play Store, locate the app for which you have made a backup with App Backup and Restore and, if you want to cancel its update and return to a previous version, uninstall directly from the Android Play Store, first pressing on its icon in the Updates or Installed tab and then on the Uninstall button.

Once this has been done, start the App Backup and Restore app again and press on the Archived Transmission section. Now, put the checkmark on the app you want to restore, press the Restore button located at the bottom, then tap on the Yes and Install items to get the previous version of the app.

In addition, if you wish, you can use App Backup and Restore to automatically backup all installed applications or individual updates. To do this, press the button ( ☰ ) that you find on its home screen, reach the Settings section and activate the automatic backup for the applications of your interest, also indicating the number of versions you want to store in memory.

Finally, do not forget that if you want to continue using the app in its previous version, you must disable the automatic update of the same from the Play Store and keep active installing apps from unknown sources, as explained in the previous paragraphs.

Cancel an app update on iOS

As for iPhones and iPads, you can easily cancel an app update from the App Store. If, on the other hand, you want to go back to a previous version of an app, as I indicated in the paragraph on Android, I must warn you that you need to jailbreak the device: in the next lines, I will show you in detail how to perform these operations.

Disable an update on the App Store

If you have an iPhone or an iPad and intend to manually cancel the automatic update of an app before it is done automatically, go to the iOS App Store (it is the symbol of an “A” on a blue background and is located in the home screen) and, if the app is updating, press the button with the symbol ( ■ ), to stop it.

At this point, if you want to prevent the apps from being updated automatically, tap on the Settings app that you find on the home screen of your device (it is the symbol of a gear ), then tap on the iTunes and App Store item, then move the lever from ON to OFF in correspondence with the item Updates.

Go back to the previous version of an iOS app

Suppose you have disabled the automatic update of an app on iOS because you would like to go back to a previous version of the same. In that case, you must know that, unfortunately, at the time of writing this guide, it is not possible to perform a simple procedure as it happens on Android.

A currently valid method to succeed in this intent is to use App Admin, a tweak for Cydia that only works on Apple devices with jailbreak and is not updated to iOS 11. However, greater compatibility could be developed later.

To do this, after installing the App Admin tweak, start the iOS App Store and press the Update or Install button for the app you want to use with a previous version. You are then shown a screen that allows you to downgrade the chosen app. Now, in the list that is proposed to you, choose the version to get and tap on it, to start the download and installation.