Despite his youth I think almost everyone knows what is Surface Studio, this is a new step for Microsoft in creating hardware, showing partners how well they can do things as recognizable or expanded in the market as a computer all in one. By design, specifications, or accessories, it has few rivals in the market.

When a device is so striking, as reflected in size, always strikes us see what is inside, what engineers have used their wiles to get everything you need to function in the desired shapes. This type of work helps us to understand the people of iFixit, each device that hits the market, it takes little to crumble.

Why deny it, we were waiting for this opening, in addition to wanting to see what it is, to discover if we were to find something special. The reality is that there are not many surprises, and can confirm usual in this type of gadgets: difficult to repair, much more to update … 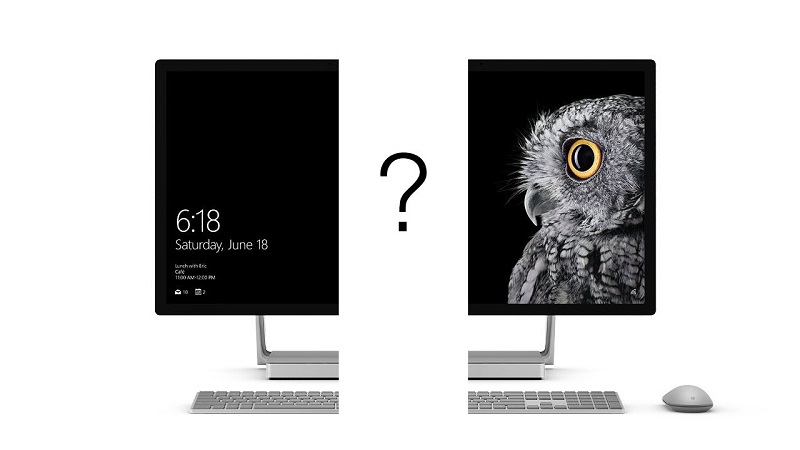 The only option is to change the disks

Taking into account the characteristics of the desktop, no one is going to be surprised to see many elements sold and personalized, which we do not see in other solutions already present in the market. The motherboard, for example, is not a normal ATX, and leads attached processor, RAM and GPU.

Expected first problem, if you buy you 8GB of RAM, with that amount of memory you get. What is “modifiable” is storage space, since the hybrid system, used (HD + SSD) comes with its elements well separated, with their connectors in sight.

This allows us to change the hard drive connected via SATA 2 (it could have been SATA 3) or the SSD which is only SATA (there are more modern connections like NVMe). Both are in the base of the equipment, so it is easy to remove them without having to involve the screen in the operation. 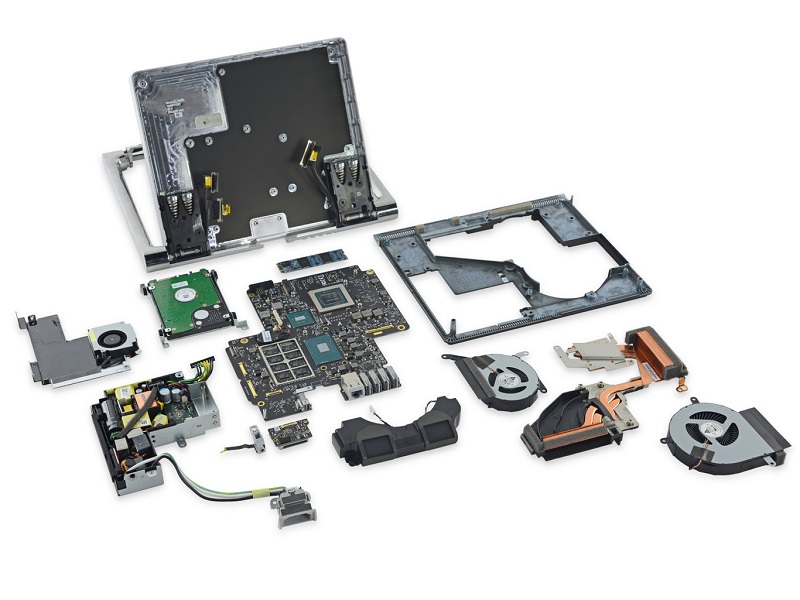 It is also criticized others use elements that might call the past, both Intel and Nvidia graphics are relatively modern, but not the last of the latter: the first is a Skylake, while the second is of the Maxwell family.

Turning to the screen, say the impressive 28-inch panel will be expensive to replace, but is easily manipulable. Expensive by the specifications and expensive to carry integrated all the elements that surround it: tactile sensors, cameras, or loudspeakers. There is even an ARM processor dedicated to the work PixelSense configuration screen.

Taking into account the price of the equipment, the RAM should have been configured in a more flexible way. To his credit I must say that the top is easier to play, giving it a score of 5 out of 10 in iFixit assessments. A low number for a desktop, but a desk that practically drinks from the compact design ideas of a laptop. All told, tied with competitor iMac 5K.