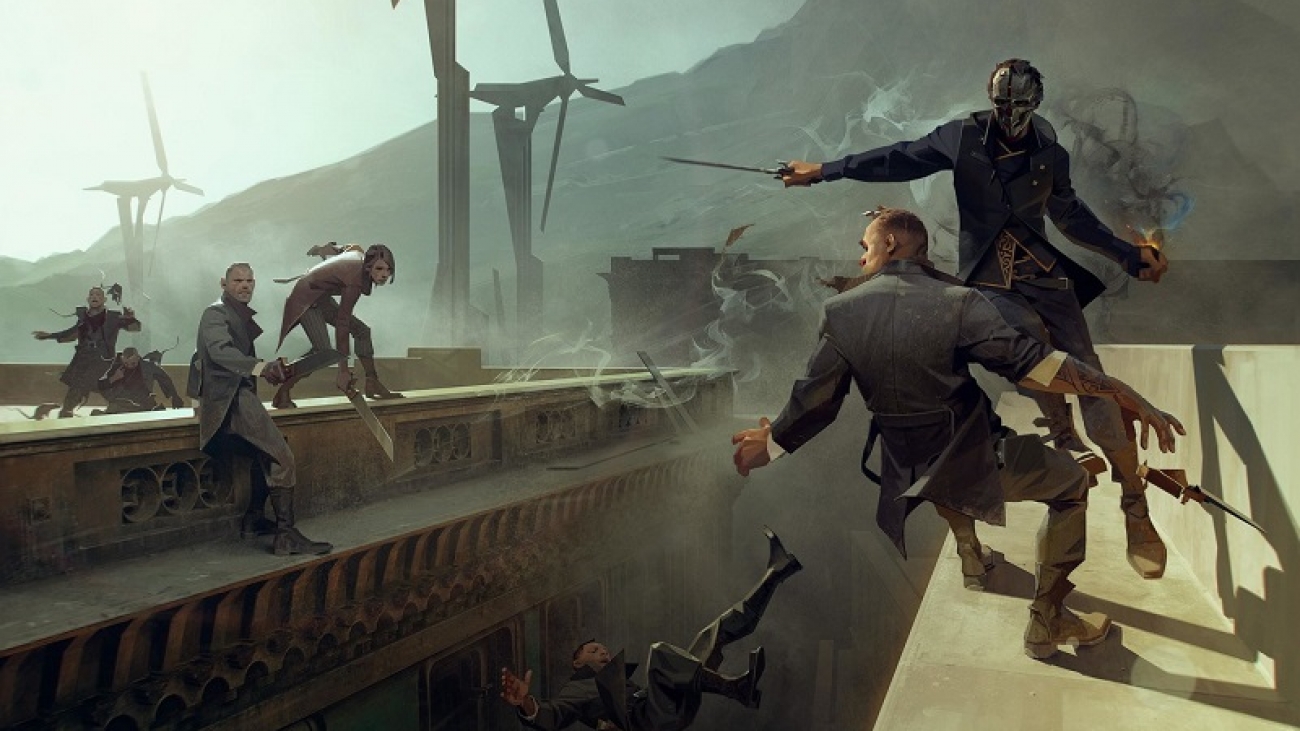 Leeway… Open world… A living ecosystem… Mark the course of history. Like an electoral propaganda it were, the video game world treasures slogans that would form the perfect excuse for a claim for the consumer and yet we swallow again and again as if they were standard bearers of virtual freedom.

Precisely why when we got our hands a game like ‘Dishonored 2’ or prequel, and also do without raising dust storms or to promise the moon, surprise and admiration aroused usually capitalized. It is an adventure that will sell freedom and has little or nothing to do with those who do, but it’s the game that best understands. 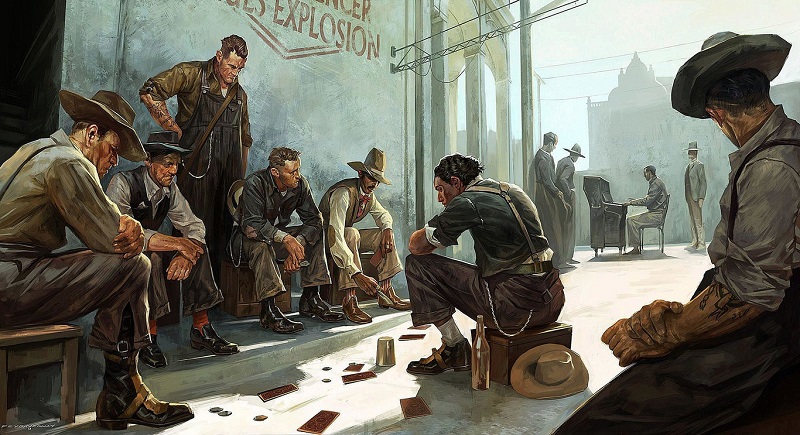 Following the foundations of the first title, ‘Dishonored 2’ is a game that raises us to get in the skin of a murderer with all possible tools to do evil. We are, in fact, a monster capable of making true hounds to every enemy that crosses our path.

Whether with our sword or ranged weapons such as guns or crossbows, our chances when wreak havoc are virtually endless, but besides that the game makes available a number of powers that stun our opponents constantly, Either stopping the time to catch them unprepared or becoming a shadow that creeps on the ground to sneak up and dismember the soldier before us.

Arkane Studios, the team behind the series, gives us enough tools to clean an entire stage of enemies, and then cross it with the tranquility of finding only corpses scattered on the floor, always be a possibility. Get exemplary, that being a killer becomes a formidable experience.

And yet it is not the only thing that dominates the game, it also allows you to be just the opposite with the same ease using all those tools, makes it easy to be a ghost that overcomes all the difficulties that arise without being detected. All options are good, depends on the player which approach to use and approaches the concept of freedom from a closed scheme.

You may also like to read another article on Web-Build: Retro triumphs: People who love old consoles are creating new games for them

How can a closed level be an open world at the same time?

About ‘Dishonored 2’ is said to have an open world when its level system offers just the opposite. Each mission has a main objective with which we leave each time we arrive at a new location.

These are closed scenarios, each of them has limits that we cannot cross. But far from doing it in a pasillera or labyrinthine way it does it from a free optic, offering a way that never has a single solution but, either by moving with our powers to seek the verticality of the levels or to collapse by Holes that only rats would pass through, always has multiple slopes. It depends on the player, once again, make use of intuition, research and improvisation to find the one that best suits each situation.

It might seem easy not to be because it stops being so soon we approach to how the other games pose the secrecy and the advance in this type of games, almost always posing a puzzle that must be solved and in which you must deduce that if first You do this, then you can do the other so you can continue forward. A trial and error continuum that does not take you by the hand but forces you to jump through hoops.

Let us now consider the difficulty of not only creating one of these puzzles, but also giving life to a system with infinite possibilities in which the player is the one who informs that strategy and, in addition, doing so by offering different paths with different challenges in each one of them. The sum of variables that could break everything that could turn a fun insufferable system is the real achievement of this ‘Dishonored 2’. 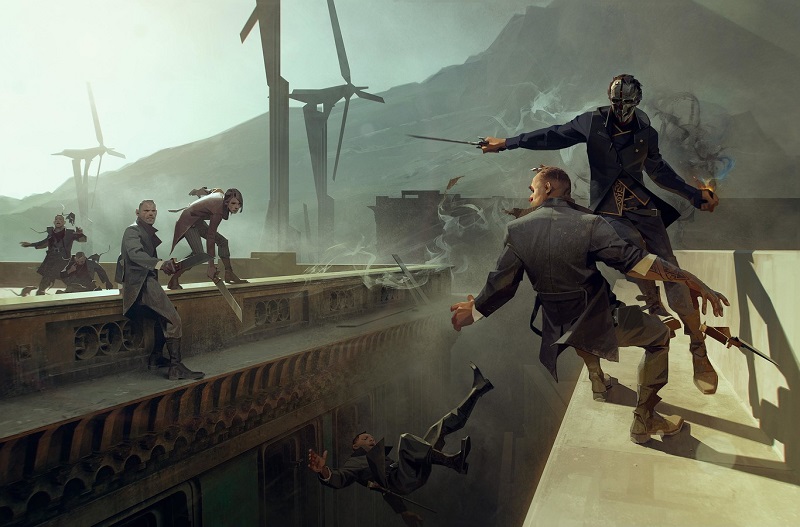 When ecosystems jump out of the sandbox

Fast forward now to that other advertising phrase we mentioned at the beginning, let us approach this living ecosystem of which we have so often heard and it became fashionable when ‘Grand Theft Auto’ showed us for the first time how they could fill a city of people walking For its streets.

Filling a city of NPC that run when there is an explosion, at least to this day, is neither a revolutionary achievement nor has anything to do with creating a living city. It was a surprise at the time when he was reflected first in the first ‘GTA’ and Rockstar has shown on more than one occasion how to move that aspect.

In ‘Red Dead Redemption’, to give the clearest example, it gave life to a system of animals was affected by our fighters. Thus, if we annihilated the predators of an area, the next time we returned to it we would find more herbivores walking there.

How to raise that in a game like ‘Dishonored 2’ where the possibilities in this direction are more closed? Making the game react to our actions, opening up paths and possibilities with other NPCs if our collection of corpses do not scare them. Being vengeful or compassionate will also affect the game environment. Already in the first ‘Dishonored’ our actions affect how the plague for the game spread, creating a cleaner environment when we acted with stealth and increasing the darkness of the stage and increasing the number of rats when sowed chaos.

Elections that go beyond pushing a button

Not only is the atmosphere that can change depending on our actions, also the history is part of that living ecosystem in which we decide how everything evolves based on our decisions. The really curious thing here is not only that we consider that option, it is the way in which it is done.

While in other games the gaming experience and the dive history is made based decisions key to his cinematic moments, a very clear example is how titles like ‘Mass Effect’ or the sagas of Telltale put us in this frame of mind At any given time, that challenge is part of the gameplay.

At each level we will have the possibility to end our main goal or, if we wish, look for an alternative to the problem. The issue is not only to fight against our desire to get revenge for the way in which each of them has annoyed us in the past, the main challenge is to find how to reach the goal of forgiving the victim.

In one of the missions, for example, we are faced with the challenge of ending a dictator who, despite his iron hand, keeps a people under control who will be in chaos if he loses his agent. Thus, getting him out of power can be as easy as snatching his life out of his leg or otherwise finding his double and helping him gain control of the city to rule under our hand without the population being affected for the change.

If ‘Dishonored 2’ understands the concept of freedom as other games have not done so far is because it maintains a balance between the free will and the consequences of everything we do mark on him. Getting a mechanical experience to have meaning when it has not created a link with other characters, something that makes BioWare perfectly in its space saga, is complicated, and yet the commands of Emily and Corvo we feel responsible for everything that occurs.

The grace of all this is not that we pass the game from end to end in the way that we find it easier, either ending everything in chaos or being careful enough so that no one knows that we have been through, the real thing achievement is that we do be aware that we are not doing well, that to reach the end being a psychopath not deserve a medal.

If ‘Dishonored 2’ understands the concept of freedom as any other is because it gives us all the options to pursue, and yet, we are tied to a moral conscience playing with our feelings and constantly goals. Because it allows you to enter a level with very clear ideas about how you will do things and, at some point, improvisation caused by what happens there can unmounted everything completely. And on top of it, you can enjoy it.