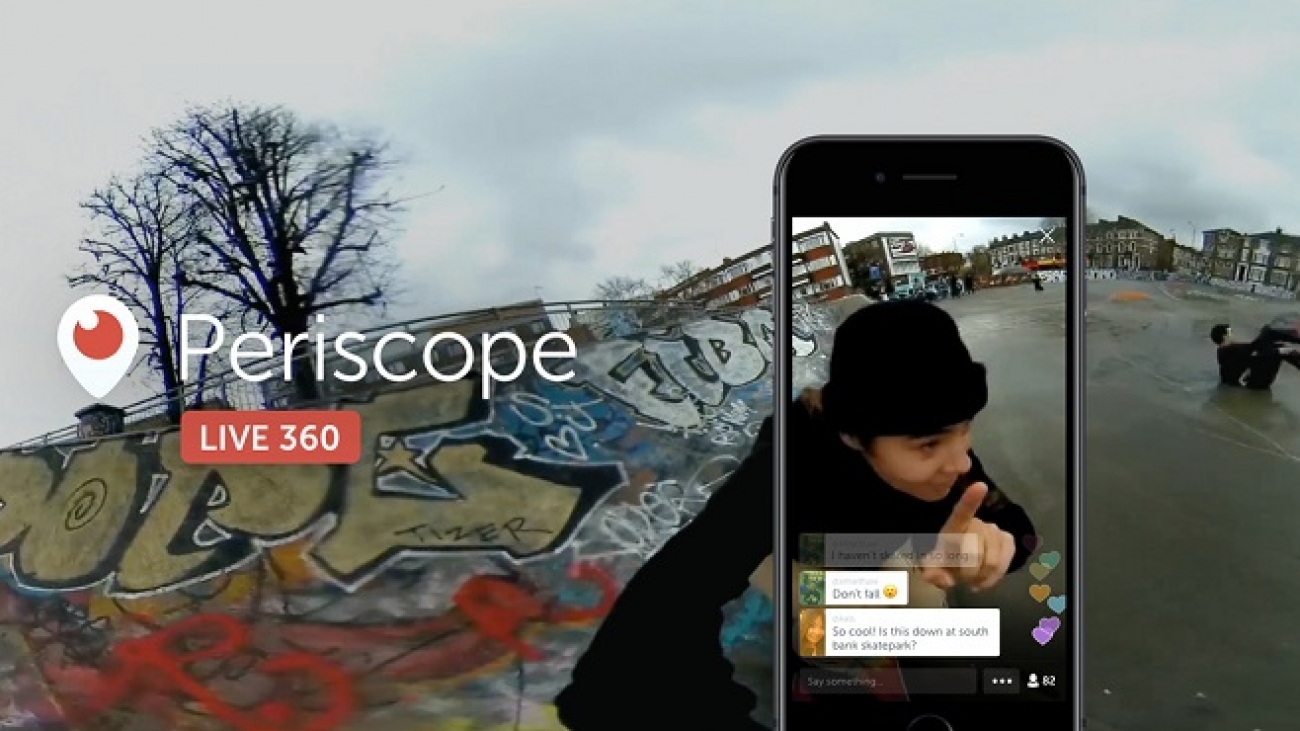 Although it will take to initiate the implementation of Periscope, if all you want is to see the resulting videos we can do both by mobile applications and Twitter directly from their website. This ensures that the maximum number of users can experience this technology.

Unfortunately, there is a small trap in this announcement is that while we can all see no problem any video that is retransmitted envelope, for now “only selected partners” can initiate these broadcasts. Still, from the blog of Periscope that this is only because you are testing the technology, and they expect the option to relay arrives in the coming weeks to a wider audience.

You may also like to read another article on Web-Build: Social Media Trends: Tips for your strategy

The surrounding videos themselves can be differentiated in our streaming thanks to a tag that will indicate that it is a “LIVE 360” broadcast. When we are seeing with your mouse if we do it on the web or your finger from the mobile can drag the image sideways to look around as with any other spherical video.

The 360 video finally begins to become a site

It’s been several years since we heard about these videos and 360 photos, and mobile users like the Nexus 4 will remember how easy-difficult it was in their early days to take photographs as well. Now, with the arrival of visualization methods as the Cardboard glasses and many other different ranges it seems that finally content platforms and social networks are daring to implement it.

Part of the blame possibly have that this year also has begun to get the first generation of cameras affordable able to take pictures and record videos of 360 degrees, a great first step for a technology that surely we will hear a lot during next year.