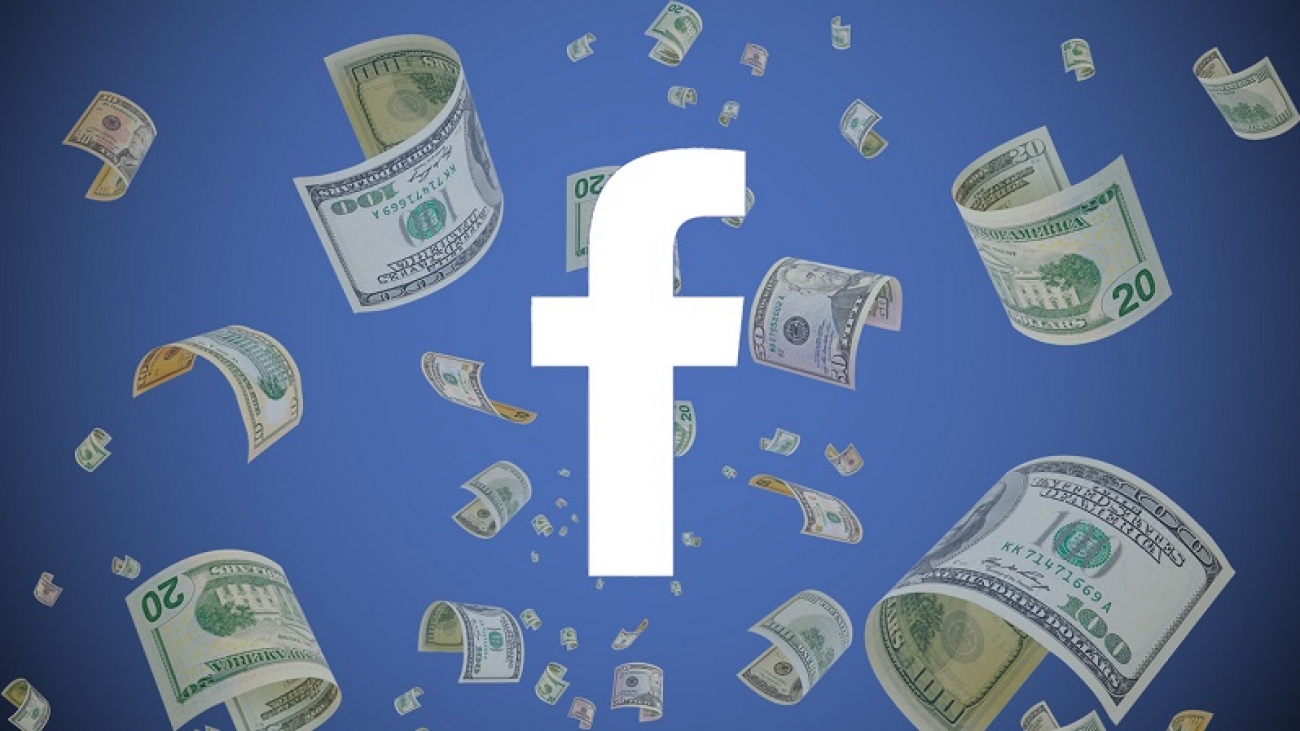 Their advertising revenues also showed a 47% growth over the same period last year, a doubling of the Alphabet showed a few days ago, but still shows a downward trend that perhaps should worry about the medium Long-term. In any case, it seems that Facebook still has space to grow in this aspect thanks to its other services. 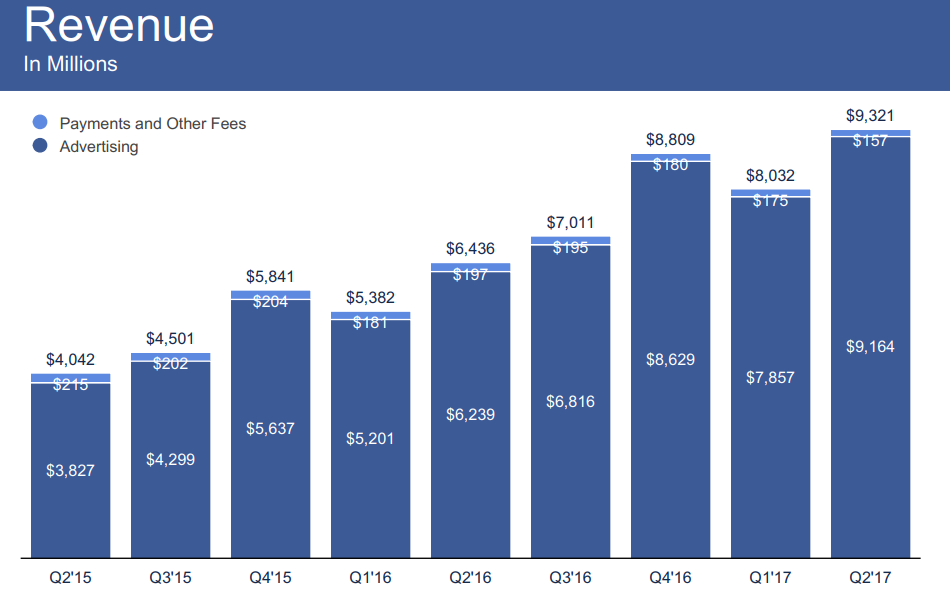 Only a month after announcing that they have surpassed the 2 billion of active users, Facebook has surpassed all expectations of investors this quarter with a profit of 3.894 billion dollars, 1.32 dollars per share, which implies a growth of 71% over the same period last year.

This figure is accompanied by revenues that grew by 45% interannually to 9.321 billion dollars, mainly driven by the 9.164 billion dollars earned by advertising revenues, 47% more than the same quarter last year.

Advertising is actually still the cornerstone around which all the numbers on Facebook revolve. The income per advertisement of the social network accounts for 87% of its total turnover, number that grows three tenths compared to last year demonstrating that those of Zuckerberg remain more and more dependent on an advertising whose growth in revenue continues decreasing.

And is that if we see this graph we can see that the growth of Facebook ads revenues has been declining for several quarters. Still, with a WhatsApp that as revealed last night already have 1.3 billion users and are starting to monetize and other movements like the impulse to the creation of content Facebook hopes to be able to change this graph in the coming months.

You may also like to read: Facebook, false news and the debate about the wisdom of the masses 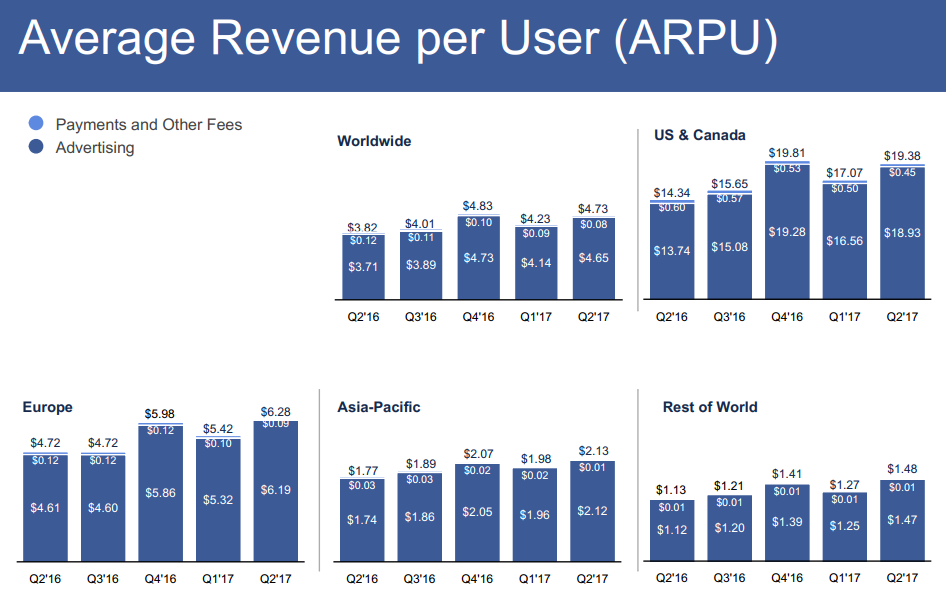 Facebook has also presented some curious graphics, as it gets 6.19 dollars of profit for each European user who connects. This is not too much compared to the more than $18 we get for every American citizen, which means that we Europeans generate less benefits than the users of the United States and Canada. 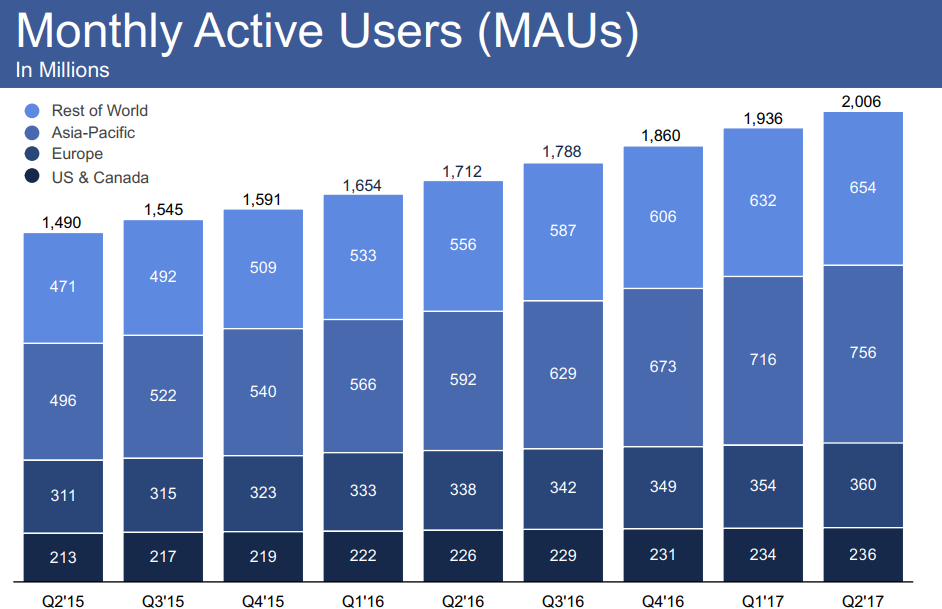 Facebook has also broken down where its 2.6 billion of monthly active users come from. The social network has 236 million users from the United States and Canada, 360 European users, 756 from Asia-Pacific and 654 from the rest of the world’s continents.

Facebook and Google are two of the biggest online giants, and both have very similar problems. The two companies rely mostly on advertising revenues, but saturating users by displaying more and more ads can backfire on the era of ads blockers.

Google in this regard might seem to have it easier by having more services like YouTube, Android and company, but instead are getting half the benefit for their ads that Facebook. To make up for it, we already told you that they were investing especially in promoting their services in the cloud, science or machine learning, although these adventures do not manage to be even too beneficial.

For Facebook the current scenario can be a little more complicated, with a continuous decrease in benefits and a news feed that begins to saturate. However, it has a pair of aces in the sleeve that can still boost.