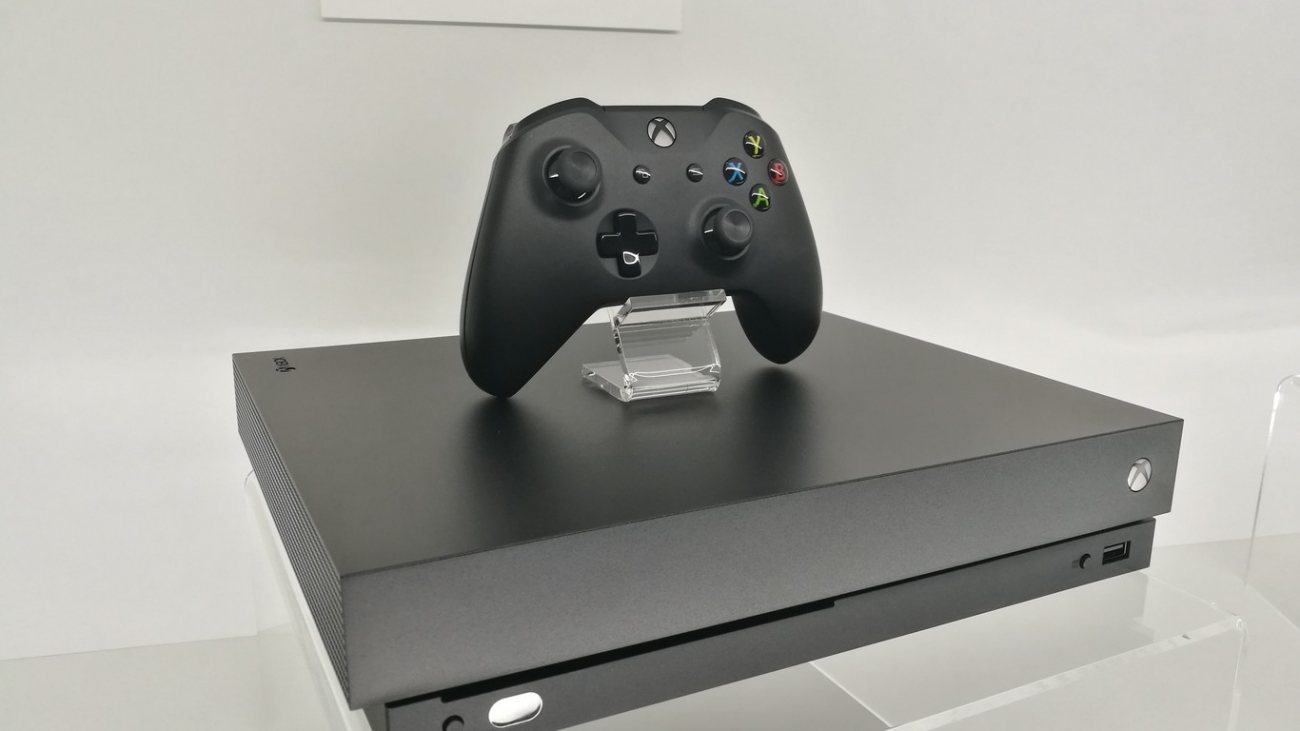 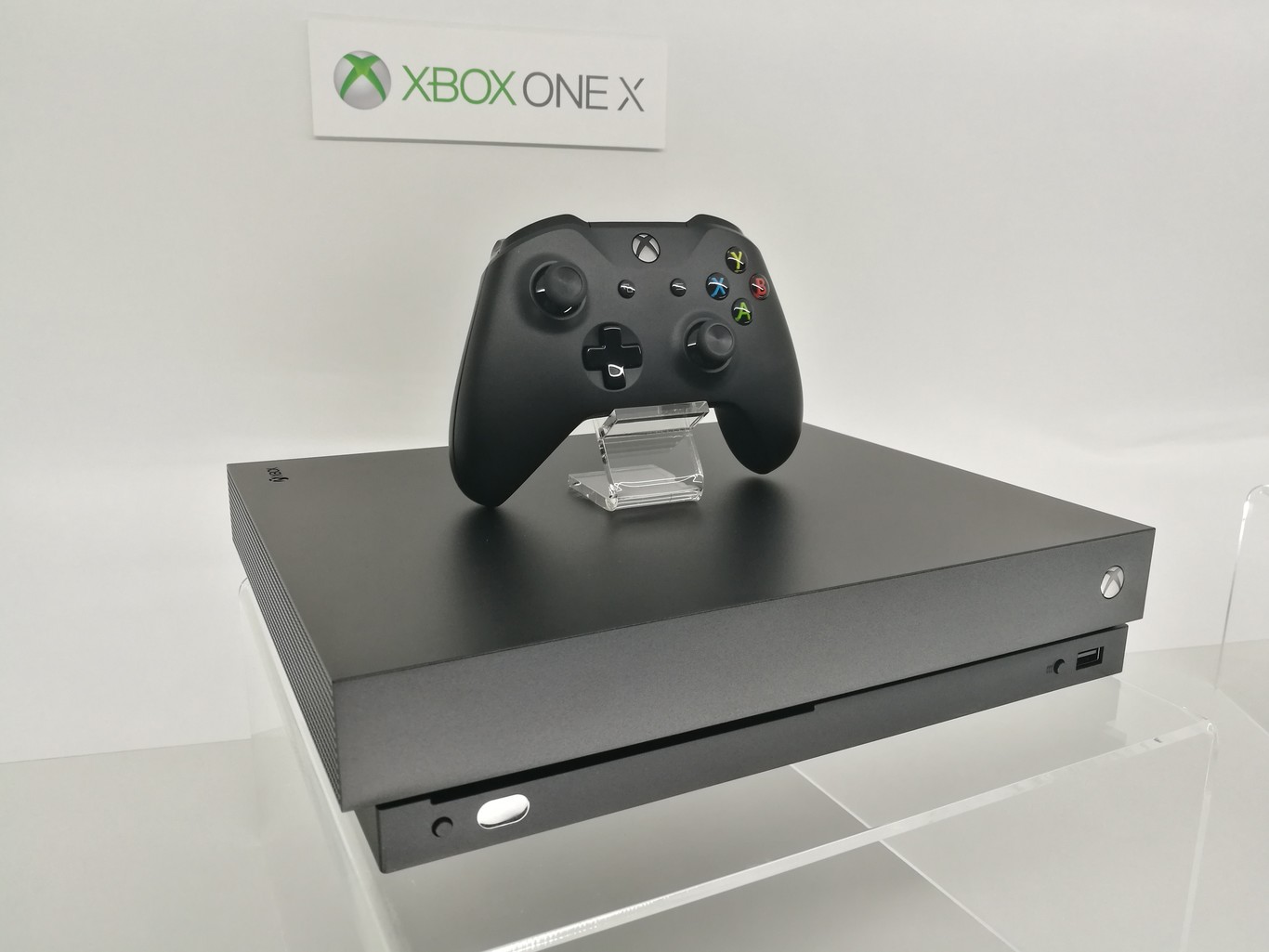 Technical specifications of Xbox One X

A design suitable for the living room

There are two ways to watch Xbox One X, and one of them inevitably requires calmness and patience. The second is the passion, which lists technical figures between teraflops, gigahertz and gamusing, leaving you astonished by the technical prodigy that has caused such a list of specifications to end up entering such a small machine.

With a smaller size than Xbox One S, X is the machine that your living room had always wanted. An authentic beauty on the outside, but with a brown beast inside waiting to be exploited. Its achieves it without too many artifices, with a minimalist design and fleeing from that polygonal aesthetic that seems to have flooded everything that smells of hardcore in this industry. Neither lights, nor tribal, nor anything that approaches it remotely. Pretty to rage, what would my grandmother say.

Neither especially complicated. Its configuration of inputs and ports is basically what we saw in One S: digital audio over here, HDMI input and output there. Nothing remarkable. Not even the control accepts revisions, maintaining the same aesthetic and comfort that it has been treasuring for years.

The guts of a beast like Xbox One X

Where there is room for revolutions is in their guts. We jump from the almost 1.5 TFLOPs of Xbox One S GPUs to 6. Two more than in the case of PS4 Pro and with a performance similar to a GTX 1070 from Nvidia. Add to that eight Jaguar cores at 2.3 GHz and 12 GB of GDDR5 memory with a bandwidth of 326 GB / s.

The power it offers ensures native 4K content in both game and video, the latter thanks to its Blu-Ray 4K drive and streaming services. All supported by the integration of Freesync 2 that ensures that HDR support is not affected (in addition to more than one end up opting for a monitor instead of a TV).

If that were not enough, Xbox One X also aims to get moviegoers in their pockets with the integration of Dolby Atmos technology. And if it had not been clear since Xbox One X is a niche console, it is still necessary to clarify it. Starting from scratch to reach a configuration of pots of this magnitude will not be exactly cheap. At least not in the short term. Do you know what is said about a Ferrari with bicycle wheels? Well this is something similar.

You may also like to read: You Have Xbox and Gear VR? You can now use your remotes with glasses Samsung

A niche console oriented to 4K

There are no surprises with Microsoft’s strategy, and in its day it commented openly that Xbox One X was intended for a very specific type of audience. That is, at least, the one that has a 4K television. “The rest is Xbox One S,” said Phil Spencer in its day.

You can not deny that they have gone face to face, they want to create a niche and Xbox One X is the ideal console for them. Where you can shake your head from side to side is in your strategy, and is that the most powerful console ever created offers few short-term future guarantees. You have ‘Forza 7’ this year as a great workhorse, yes, but one would imagine a more promising horizon for the launch of a new machine.

There will be those who stand that all this investment might well have been intended to create more games for Xbox One and Xbox One S. Consoles that, despite not being at the head of this generation, have a more than respectable market share. They do not lack reason. Even less taking into account that friendship that the Xbox division wants to engage with PC users, the public with whom Xbox One X hits despite wanting to show the leg under the door. 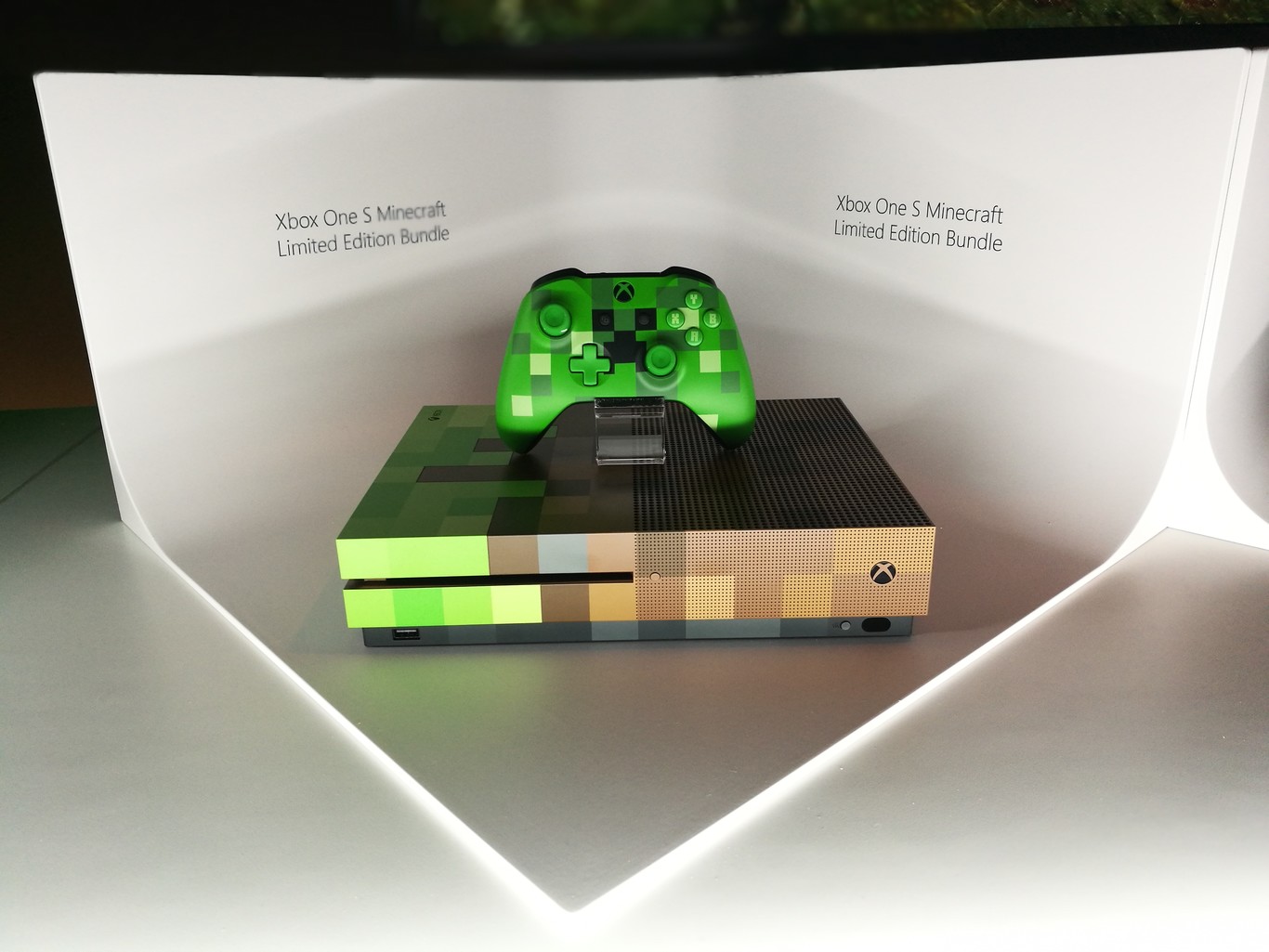 Does the 4K justify the jump from One S to One X?

Knowing how much Xbox One X will get that we fall in love with the technology it offers is very complicated. In fact, it will not be until we have an Xbox One S and an Xbox One X face to face when we can dictate sentence. There is no doubt about which game we will choose for the test: ‘Forza Motorsport 7’.

At the wheel of its supercars I have experienced really spectacular moments, especially those in which the rain offered skies to frame and reflections so clear that they seemed of another generation. Was it because of the HDR? Why is the 4K jump? Why the extra power of Xbox One X? It is likely, but the answer to the question of what I lose if instead of in One X I play in One S, is to check first hand.

Maybe even loading times, now adorned with options so they do not get so heavy, end up being smaller in One S by not having to deal with high-resolution textures. Everything will depend on the work behind the developers.

Not all games look equally good

If I saw the jump in the car game of Turn 10 Studios, it did not happen in others like ‘Assassin’s Creed: Origins’ or ‘Quantum Break’. The first was impressive because of its drawn distance, but the textures did not seem to be at the level of ‘Forza 7’. Being an open world game, the requirements that are demanded are not the same, of course, but the sensation of hallucinating with what I had before my eyes was not comparable between one game and another. Yes I noticed there load times more grateful than those of other installments of the saga but, once again, was it thanks to the game or the console?

In the case of ‘Quantum Break’ we are facing one of those examples in which improvements to Xbox One X require a little more care from its creators. It is not enough to put textures at a higher resolution. Those who swarmed there assured that their PCs in ultra could move that easily, but what was in the version of Xbox One X and did not appear on their home platforms was a more than noticeable problem with lighting, making the points of light suddenly appeared arriving at a certain distance. We will have to keep an eye on the promise that all games improve with the new console.

‘Super Lucky’s Tale’, to cite a more humble game, looked tremendously well and had a few loading times practically nonexistent, but there are games of that style that can easily give a romp at the visual level. Even more so when a plumber appears within a month and manages to win over the audience with level design and originality instead of graphic power. In any case, the price of the machine and the configuration it requires will suppose a fundamental decision making. The experience, at least with what gave test itself and lack of technical comparisons and performance, is that of a normal Xbox One with more colors and better textures.

The excuse of how well the third party games will look on Xbox One X is as logical as it is real. It is enough to walk through titles like ‘Assassin’s Creed: Origins’ or ‘Middle Earth: Shadows of War’ to check it first-hand. But it is also true that the performance of these, and the evidence of the 4K, is quite far from what can offer a ‘Forza Motorsport 7’ in which 4K and 60 images per second are more than guaranteed.

But back to the exclusives that are falling, think of ‘Cuphead’, ‘Super Lucky’s Tale’, ‘Ori and the Will of the Wisp’, in ‘Sea of ​​Thieves’. For the first three, it’s worth a 1080p resolution. For the latter, the only thing that offers me guarantees is that extra power that will make the loads a little more enjoyable, and that’s just conjecture waiting to put the final versions of Xbox One and Xbox One X face to face.

I spoke at the beginning of mixed feelings and, waiting to put our hands on the final version of Xbox One X, I guess you already understand where I was going. It is an amazing machine, beautiful and very promising, but it requires more attention from Microsoft to take advantage of it. If the steps that will follow its launch are the correct ones, it is something that, in addition, we will not know until the next E3. Until then, Xbox One X sells a future that I do not know if I want to get there now, and at a price that I know I can not afford. Congratulations to those who can, without any doubt they will enjoy it.