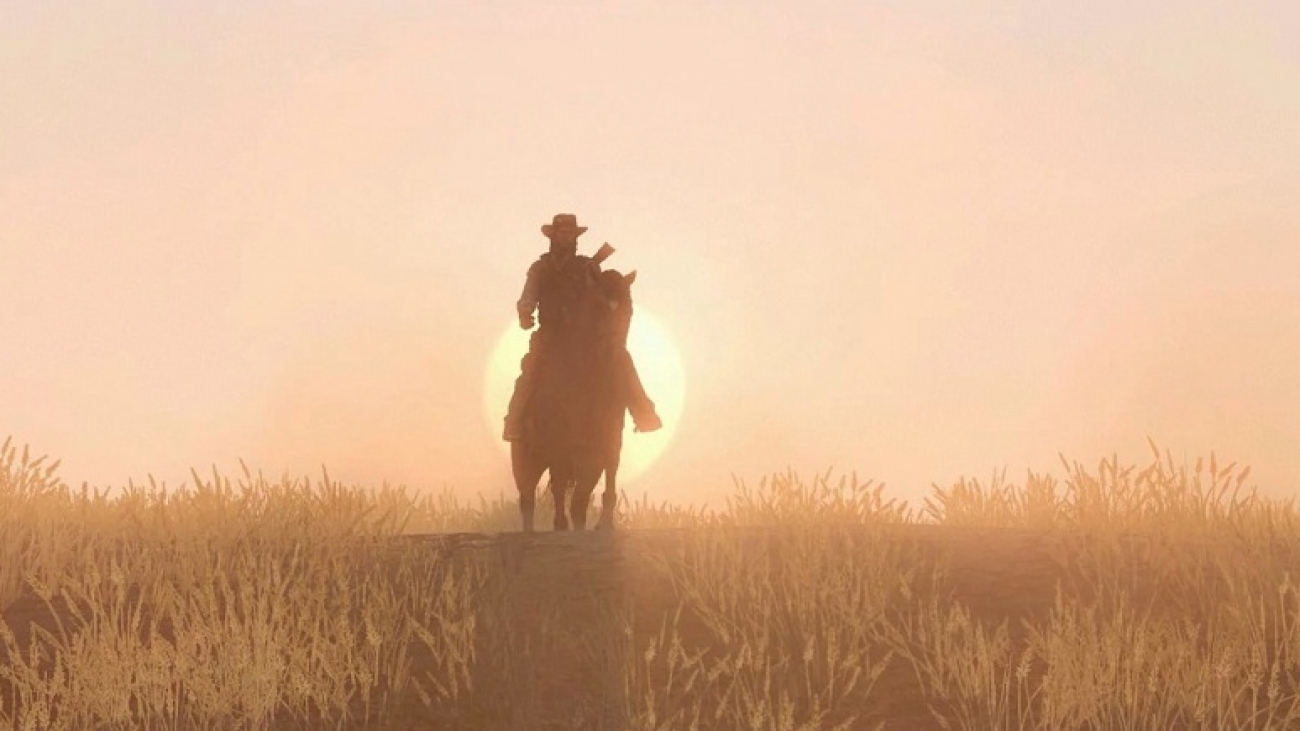 Video game lovers attend a truly golden era in which we mostly enjoy options. Options that cover all kinds of genres and approaches and that nevertheless make us consider if in video games of success matters more history or graphics.

They are two of the big variables that usually turn a video game into a success (or a failure), and generate all kinds of trends and debates that not only affect the big productions of the segment, but also that other “indie face” In which the role of video game is claimed as an artistic work that goes beyond entertainment.

Surveys make it clear: Shooters and graphics to power 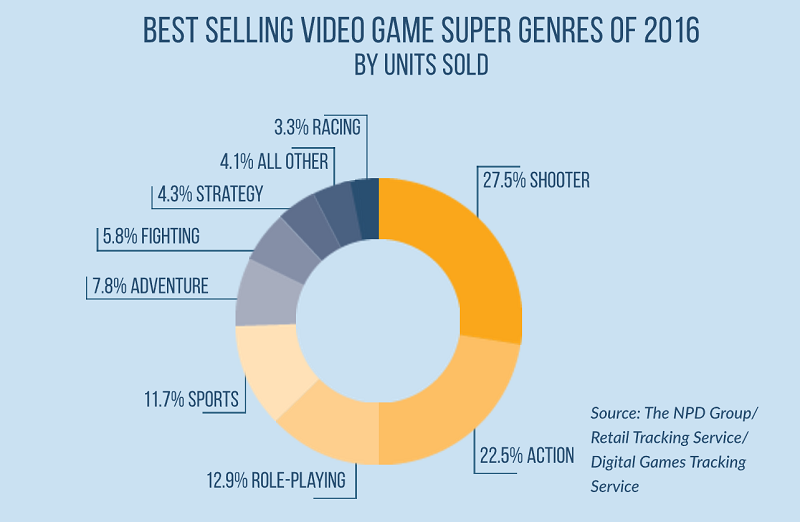 The Entertainment Software Association (ESA) released a few days ago its annual report on the state of the video game industry in the United States. This report analyzed trends and sales figures by type of game, and although various sectors claim that history is the important thing, the data revealed otherwise.

The conclusion was overwhelming: who buys games does it primarily motivated by graphics, while price is the second factor to consider. That there is also an interesting story or premise as background is the third of those reasons for success, while something less relevant were other sections such as the possibility of playing online (surprise) that the game is part of a series or based on Experiences and past games.

These figures also condition the developments that large and small studios are launching: Turn-based RPGs are being abandoned for titles that combine RPG with action games, and so does single-player RPGs in favor of online RPGs Multiplayer to take advantage of all those factors that seem to attract players and, above all, sales. 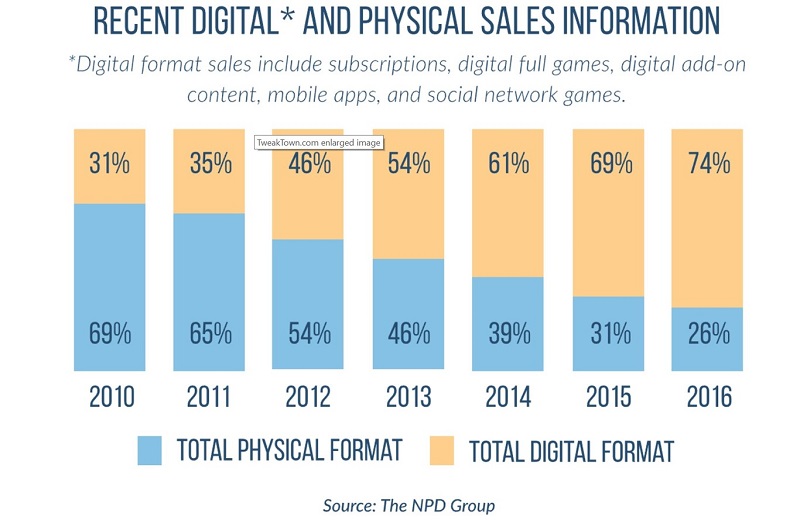 Another interesting fact, although it leaves the scope of this report, was the one that affected the sales formats of video games, which are increasingly acquired in digital format: 3 out of 4 games are bought to be downloaded, and only 1 Of every 4 is bought “in box”.

That the graphics are shocking can nonetheless prove to be a problem when it comes to creating too many expectations about the video game. It happened for example with ‘Mass Effect: Andromeda’, whose captures were impressive but that once in game sinned of animations very badly realized that yes, they finished correcting itself.

You may also like to read: Gaming computer to have an Ultra configuration for years

How far can a good story come in a video game?

In ‘The Atlantic’ they wondered recently if this new obsession to turn video games into a way to tell stories really makes sense. The author does not seem convinced, and in fact speaks more of failures than of achievements.

This type of approach to video game narrative tries to solve some of the limitations of video games, and in a certain way “directs” us to go through that story as we move forward in the game. It does this through puzzles, decisions (conditioned) and achievements that build that already pre-defined frame. 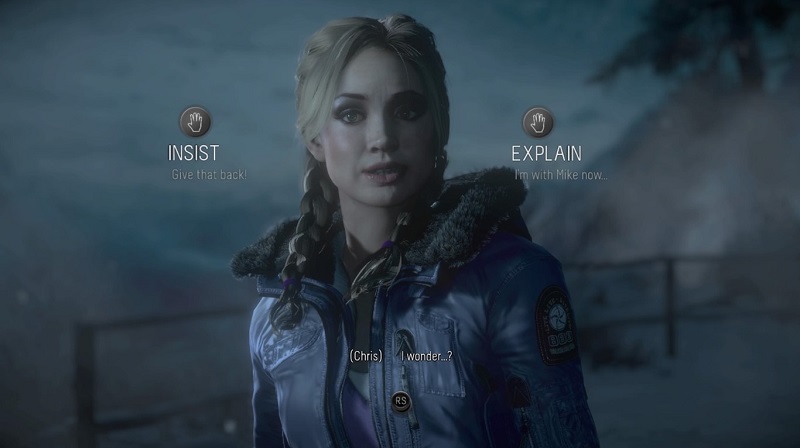 Is that bad? Not necessarily, we believe: cinema proposes stories that you cannot get out of, while in games, with their limits in space or interactions, the possibilities are not only amplified (and the rhythm, of course): they are also done a lot More immersive.

It was pointed out by Dave Gilbert of Wadjet Eye Games in an interview saying something interesting:

Video games get something that other forms of narration cannot get. They put you in the experience. It’s you who makes things happen, or situations happen to you. It’s not easy to do it right, but when done right there is no experience like that.

There are clear examples of how what the player does influence the narrative itself. It happens for example in ‘Until Dawn’, that our companions praised by subjects like that power of decision.

The oldest of the place will remember with fondness the books of the series ‘Choose your own adventure’. They were in a way an analogy of what happens with video games: we build the plot as we go, although the options are finite … but not less attractive.

Creative directors also have faith in the ability of video games as ways of storytelling. Jon Ingold of Inkle Studios explained that “for me, games are the most fascinating medium available right now to tell stories,” something Luke Whittaker of State of Play (‘Lumino’ City ‘) who also stated that “video games are the most exciting and fluid medium that has ever existed.”

In this area also come techniques like those procedural worlds that have become famous with titles like ‘No Man’s Sky’ and ‘Destiny’, which does not necessarily help build history but automatically added a lot of content that brings ” Randomness’ to the whole environment, so that the development of the game is much less predictable.

The truth is that this narrative is not only possible: it is what is turning some games into small works of art that go beyond easy entertainment (eye without losing respect for that entertainment). It is the example that give us titles like ‘That Dragon, Cancer’ – that took us to a journey through the suffering that happen to those who have someone close to cancer in their life – or ‘This war of mine’, that transferred us to the Terrors of war. With their lights and their shadows, these games set the right guideline. The same thing happens with ‘Firewatch’, which Rubén Márquez described as a masterful narrative lesson. 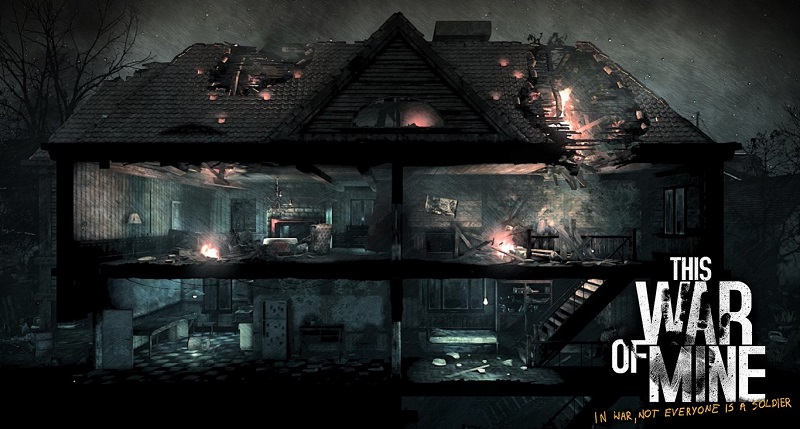 In fact, in recent times it has started to become increasingly important the role of designer narrative, which is already a particularly important position in development teams a game. In Zeros did a review precisely the importance of Such as ‘The Last of Us’, ‘The Last Guardian’ or ‘Bioshock’, a game that a decade later continues to influence the genre with its sequels, like Bioshock Infinite.

That role adds to that of the art director, much more traditional in an industry that of course has long sought to strike the balance between the narrative and the graphics or setting of the games. In fact, we show the importance of this section of the design when we check how for Horizon: Zero Dawn the development team (Guerrilla) hired an exclusive person to write the secondary missions.

Narrative could be the key to the future

The fame is played by the big blockbusters of the FPS world or the real-time strategy games: graphics, ambiance and action convert to titles like ‘Overwatch’, ‘Battlefield 1’ or ‘League of Legends’ in the Most popular in the online game and of course in the increasingly popular segment of eSports, but not just graphics is man fed.

In fact, the narrative remains that argument that allows to turn a game into a true work of art. One that endures beyond pure fun. We have seen it in the past with great productions, but also with small jewels that precisely stand out for being with which independent developers can compete with the big ones: for their creativity and narrative.

The world of video games is not likely to change radically: players preferences are well defined by the studio we initially referred to, so shooters and action games or RPGs seem to have the battle won. Now it is necessary that these genres take advantage of the fact that a good narrative can turn them into something more than good games.